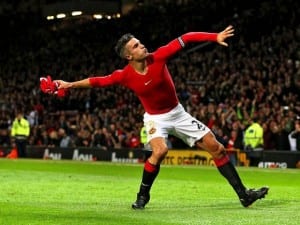 It is no secret that my “Core Method” strategy that I teach within Dynamic Football Trading involves laying certain winning teams in certain situations. The trick is knowing when and who, of course!

Today I am going to talk about key sign that you should be laying the winning team that most novice football traders do not even notice. Yet, it is a big indicator that you need to get into the market and usually at a very low risk also.

OK So let me get into it…

Very often when a team is leading by 1 or 2 goals there will come a time around the 65+ minute mark where the manager of the winning team makes a substitution and he brings off an attacking player for a defensive minded player. This is a BIG indication that the winning team will now “shut up shop” and are happy with what they have which then creates the opportunity.

This usually changes the dynamic of the match completely as the winning team will now DEFEND and actually INVITE the pressure from the chasing team. So you can then lay the winning team at a very low price knowing that they have little ambition to increase their lead and that you can be sure the chasing team will usually produce at least ONE chance which can be enough in some cases.

Of course, they might hang on for the victory but by inviting the chasing team to attack them it is often asking for trouble. I have seen it backfire more then enough times for this to be profitable for me. 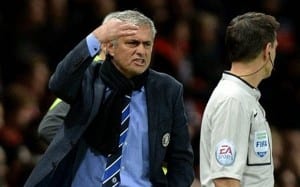 For example, Chelsea recently went to Old Trafford to play Man Utd and I had this ear marked in the members zone on DFT as a match that would fit the Core Method. I always advise everyone to watch a match when possible in order to spot the best opportunities to get into the market and, if you are a serious football trader, you should have been watching a match as big as this.

When Chelsea took the lead early in the second half my first inclination was to lay them as Man Utd had played quite well before that. They went into about 1.50 in price. However, watching the match live it seemed clear to me that Chelsea were in full control of this match and I could not see an equaliser coming. Chelsea were controlling the ball and Man Utd were not getting a sniff.

But then on 67 minutes, Jose Mourinho made the substitution that changed my view point. He took off Oscar for John Obi Mikel which showed everyone he was now going to make Chelsea sit back for the remaining 23 minutes and invite Man Utd to attack them. By this point, Chelsea were now available to lay @ 1.22 and so that was the price I actually did lay them at. Quite a low risk price considering the potential win that could be had.

As we know Man Utd did equalise eventually in this match but even if they did not then I would still feel I had a good run for my money since Man utd did press Chelsea hard for the final section of the match. I also remembered a similar situation where Mourinho made Chelsea sit back against 10 man Manchester City at the Etihad earlier in the season and that backfired also with Frank Lampard equalising late on. So Jose Mourinho can blame it on referees as much as he likes but the fact is he twice had the match in his hands and could have ordered his team to kill the game but instead sat on what he had and paid the price.

Overall, my thoughts are that a 1 goal lead is always quite precarious but even more so if you keep inviting the opposition to attack. So this is a pattern you should look for and usually a substitution can be a big indicator of the managers game plan for the remainder of the match. Therefore, you need to be dynamic and not static when trading football in-play 😉

With the Australian Open getting underway this weekend it is quite an exciting time for the tennis traders on Betfair. The winter break is now over and this is the first BIG tournament of the year. This means heaps of liquidity and the fact that every player wants to do well can also mean we…