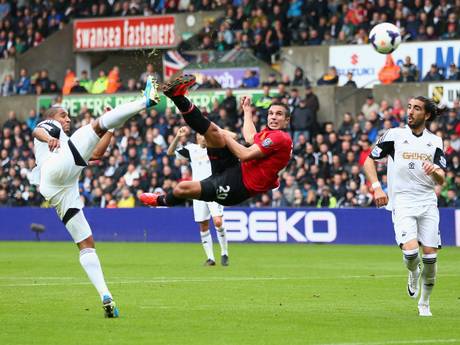 There is plenty of FOOTBALL TRADING action to get stuck into on Betfair at the moment. If you are planning to get involved today, tomorrow or at that weekend then this is a great article to read beforehand especially if you are still struggling to make the long term profits from football trading.

Be Sure To Have a Staking Plan

It never ceases to amaze me how people can trade a match without a good idea of how much they are committing, or prepared to commit, to a single trade. It is important to have a sensible staking plan in place which can help you ride out those bad runs. Also, it can help you easily identify how much money to put in the markets when in-play which is good when fast decisions need to be made.

Plan Trades Before The Match

When trading in-play almost anything can happen but you still need to be prepared for certain possibilities and have a plan for everything. For example, if I feel that Arsenal are a team likely to concede equalisers then I will plan to lay them if they go one goal up at any point. If I feel Man Utd are a team likely to win from a losing position I will plan to back them if they go a goal behind and so on. It is never good to trade in-play “on the fly” and always good to have a few potential opportunities noted for when they crop up.

If you are looking at a particular match for trading opportunities you might also consult forums and blogs to see what others are up to. You might feel even more inclined about a trade you had planned if you see others also feeling there is an opportunity. This can create a false sense of security which can lead you to become even more influenced to put the trade on when otherwise you may not have. You should always do your own research first before checking out what others are doing. Definitely, do not “overstake” on a trade because you feel it is more of a sure thing simply because everyone else is doing it.

I know for a fact that my best profits are made on the English Premier League matches and so the majority of my football trading will be done on it. This is mainly because I follow it closely and know all of the teams, managers and players very well. I like to feel this gives me an edge over those punters who do not follow the league as closely as I do. Overall, you will do much better if you stick to what you know rather then just trading whatever is in-play. Do you really think you know the Singapore Premier League better then someone is trading it from that country? Can you even name any of the players? If not then do not get involved!

Measure Your Risk Before Each Trade

It always baffles me when I see newbie traders laying high prices for frequent small wins but then complaining when that one big loss comes in which wipes out the profits. Ideally, you need to be risking less then you can potentially win on each trade. So, if you are risking a £10 loss then you ideally want to be winning £11+ on a winning trade. This can vary depending on how good your strike rate is but you will find life much easier if one winning trade can wipe out several losses rather then the other way around!

When possible you should be watching the match live to get a good idea of what is developing. To some it may sound obvious but you will be surprised at how many do not actually do it! If this is not possible then at least follow the in-play stats. The whole point of trading football in-play is to react to what actually develops in-play. If you are backing a certain team because your pre-match research indicated they would play well then it is important you watch the in-play action to see if this is confirmed. If they are playing terribly you still have the opportunity to exit out of the situation for a smaller loss which is the whole point of trading rather then betting surely? It never ceases to amaze when I see traders just sticking with their pre-match opinion despite the in-play action clearly indicating otherwise.

This is a very underrated side to in-play football trading that is well worth considering. Usually, the managers will make a change after the 60 minute mark in a match. This is worth paying attention to as this is usually done to change the game. If the manager of the stronger team takes off an attacker and throws on a defensive player then it is a clear indication that he wants that team to be more defensive for the rest of the match. This can be a good opportunity to back the “Unders” goal market. On the flipside, if a manager pulls off a defender and throws on an attacker it should mean the game will be much more open in the closing stages and a goal at either end is in the offing so looking to the “Overs” market would be a good idea.

Congratulations to Arsenal after comprehensively putting Manchester City to the sword with a 3-0 win. Getting a win against your rivals at this early stage of the season is always good for the feel-good factor but does it have much relevance on the actual Premier League season? If you win this trophy does it usually…

If you are quite new to Sports Trading Life you will have probably missed a really fun series of posts from last Summer that were part of a series called “Before Betfair”. I have now listed all the articles on this same page so they can all easily be found and they are definitely worth…

Some say that in life there are no mistakes and only lessons to be learned. This is partly true but thanks to blogs like the one you are reading you can learn from the mistakes of others in order to prevent yourself from suffering a similar fate. BONUS: Discover the Cash Out SECRETS that Betfair…