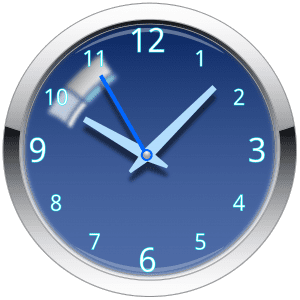 There was some interesting news from the Betfair HQ ahead of the football this weekend.

It seems they are reducing the betting delay on certain in-play matches with a view of permanently reducing this delay to 5 seconds. This is not anything amazing since a few years back the delay was usually around 5 seconds anyway but the fact they are doing what they can to shorten the bet delay at this moment in time is interesting. Especially after the recent courtsiding drama.

We are pleased to inform you that we are going to be reducing the betting delay in select games for this weekend’s English Premier League Football.We have been testing a new radio feed which allows us to get very close to “live” thus allowing us to offer more protection to our customers in-play. As a result we will be looking to reduce the betting delay from 8 seconds to 5 seconds in select matches this weekend. We are currently restricted in which matches we have this radio feed for but we hope to open this up to more matches/leagues over time.

Below are the matches we will be offering this on for the coming weekend. This may change subject to the feed but it is our intention to offer this in all of the below matches;

We will also be reducing the delay to 1 second at Half Time.

The fact that all these matches are also LIVE on TV can not be a coincidence here. A 5 second delay is obviously better then the 8 seconds and will help the in-play traders immensely. For example, if you have a back on a certain team, then you spot the other team building a counter attack you can “lay” to get out of the market and with 5 seconds you have a much better chance of getting matched and getting out if a goal does arrive. As it stands wth 8 seconds it is almost impossible to employ this sort of strategy since the live pictures are so far behind that sometimes the markets suspend by the time you have pressed the confirm button.
The best part about this announcement is the reduction to a 1 second delay during half-time. I have wondered for years why they need a delay during the half time break and it can be frustrating to input bets during half time and still have to wait 8 seconds for confirmation.
In theory, they do not need any delay during half-time but I will take the 1 second compromise.
Either way, this news should be taken as good news since it would not surprise anyone if Betfair turned around and said the delay was being INCREASED rather then reduced. So we will take solace in that and hope they do manage to bring it back to a 5 second standard on football. Maybe that might bring in-play scalping back into trend again! 😉

One of my favourite times of the year is finally upon us and it has nothing to do with Santa Clause…. BONUS: Discover the Cash Out SECRETS that Betfair do NOT want you to know! 100% FREE eBook for you! CLICK HERE! The 2013 PDC Darts World Championships gets underway this weekend and this is…

Following on from a post that we first did around 10 years ago, we are taking an updated look at the mysterious Dr Slicer Secret Bet. BONUS: Discover the Cash Out SECRETS that Betfair do NOT want you to know! 100% FREE eBook for you! CLICK HERE! This was a football trading strategy that apparently…

When placing a bet on Chelsea during the next Premier League season you might have to think twice about it if latest figures from The Trend Report are anything to go by. BONUS: Discover the Cash Out SECRETS that Betfair do NOT want you to know! 100% FREE eBook for you! CLICK HERE! If you…

You will have noticed that almost every bookmaker and his dog are now pushing a new feature on their sites that is usually called “Cash Out”. This basically allows the average punter to trade out of a bet the same way a seasoned sports trader would. You could be in a winning position and take…