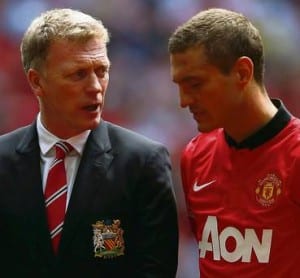 Ah the new Premier League season is finally upon us and we can look forward to another 9 months of drama and entertainment.

As usual, one of the markets of interest for the coming season on Betfair will be the Premier League Winner 2013-14 market. Plenty of tipsters and pundits have had their say on who they think will actually win the whole thing however as sports traders you have to think differently.

Right now you should not be thinking too much about who will win the league in May, but the question you should be asking is actually….

Who will get off to the best start?

Here are the first 5 fixtures for the main challengers:

From looking at this, you have to say that Man Utd probably have the hardest start to the season whilst Man City have the easiest.

The best way to look at it is to decide which of the first 5 fixtures are “definite” wins for the said team.

Before anyone comments, I am well aware that there is nothing ever definite in football but we have to make an educated guess.

I would say Chelsea have at least 3 (Hull, Villa & Fulham), Man City have at least 3 (Newcastle, Cardiff, Hull) with the Stoke away match easily winable also. However, Man Utd probably only have one of their first 5 matches as a “definite” 3 points (Crystal Palace). Chelsea at home is never easy and away trips to Anfield, The Etihad and even Swansea are matches that are pretty tricky for any team.

If Manchester United do not beat Swansea away on the opening day, it is quite feasible that they may have to wait until they play Palace before getting their first win which could cause a huge drift in the markets. Since, lets face it, there does not seem to currently be a lot of market confidence that David Moyes is the right man. Only time will tell of course.

It is all ifs and buts right now, however, if asked to take an early position then mine would be to Back Man City @ 3.25 for the opening to the season with a view to trading out before they play Man Utd at the Etihad depending on how both sides are performing by that point. It is perfectly possible that Man City could have just won their first 4 matches and have 12 points on the board by this point which should see that 3.25 go much lower.

Best of luck with whichever angle you decide to take on this market.

There is a long way to go yet!

The popcorn trader is making a return tonight for the Carling cup. This is where I will simply sit and watch the matches and watch the markets at the same time as I trial some new strategies. The carling cup is a minefield as it’s hard to tell just how motivated a team is to…

A really entertaining weekend and it was good to have the real football back on our screens once again. BONUS: Discover the Cash Out SECRETS that Betfair do NOT want you to know! 100% FREE eBook for you! CLICK HERE! The main headline will obviously be the slump that Chelsea are having at the moment….