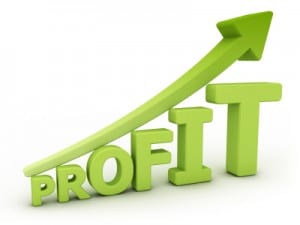 So you have decided to take up Sports Trading or some form of gambling and you might have bought a few systems, looked at a few strategies or even joined a service which means you are now ready to make some money.

Wait for a second though…

Just how much money are you expecting to make? What is a reasonable amount of profit that you can expect to make per system/strategy/service?

The sad fact is that many people get into this game and have no idea how much money they should expect to be making and this often leads to them having unrealistic expectations.

If you are one of those people who expects you can follow a system or service and make 10 points profit a week then you are in for a shock when I reveal a realistic profit expectation that a few professionals have said below.

Any service or strategy that is promising 10 points profit per week often has a very uneven risk-reward ratio, which could mean you are literally backing 1.10 shots. Good luck to you if you think that’s the way forwards!

I see it all the time with newbies who get into this game. They have unrealistic expectations of how much money can be made or how much money they should expect to make relevant to their bank size. If you only use a 3 figure bank then you cant expect to make a full time living or get rich overnight.

I was talking with Richard @ FootballTradingAcademy.com via Skype last night and he told me he had a member of his service cancel. This member had been there 5 weeks and was up 5 units but he wanted to cancel because “it wasnt enough profit” and that “anyone can make 1 unit per week“. I was personally shocked but he said he gets people like that all the time which is what inspired this article as I am pretty sure there are plenty more out there who have unrealistic expectations of just how much money should be made in this game.

So…..How much should you expect? 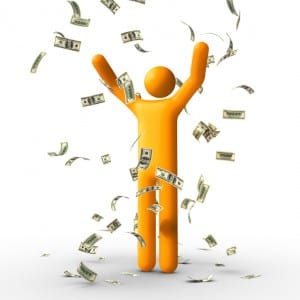 I am quite fortunate in that I know many people who are professional at Sports Trading and also other forms of investing such as Forex and Sports Betting.  Most of these operate a portfolio of systems and they tell me they are DELIGHTED if a service can average 4 Units profit per month per system.

The important thing to remember is the “On Average” part. This doesn’t mean you will literally make 4 units every month, as some months you might make 10 units and the next month you might even lose 6 units (Yes, they have losing months and we all do) but they tell me they are happy if at the end of the year/season it has made an average of 4 units profit.

There will be times when a system has a good year and averages anything up to 10 units per month on average but that is exceeding expectations and shouldn’t be expected as the norm.

Also, remember these guys wont just be using one system or method but will be using as much as 10-20. Things will also vary depending on how often you make a trade or a bet as some systems might have 20 selections a week and some might only have 2.

If making 4 units per month on average doesn’t sound appealing to you then you have unrealistic expectations and you are in the wrong game I am afraid. 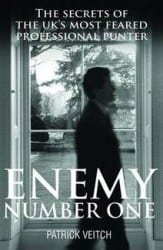 Probably a better way of calculating the profit you are making is by looking at the Overall ROI (Return on Investment).

What sort of ROI would you be happy with or even expect from Sports Trading or betting? 40%? 50%? or even a 500% return on investment?

If you have ever read the book “Enemy Number One” by Patrick Veitch (very recommended if you haven’t) then you will know he is probably one of the most feared gamblers in the UK and has made millions from his exploits.

In his book he tells you precisely what his Return on Investment over his whole career of gambling was….

This is someone who has made millions from his gambling and his ROI was “only” 16%. So for every £1000 he bet, he was making an average of £160 back over the years.

This doesn’t mean he was backing 1.16 shots so don’t get it confused with that. This is the total sum of all of his bets on the horses.

One of the most well known Football Tipsters, Football Elite has been around for years and makes a profit year on year too. It is widely regarded as being one of the best services around for value bets. Matt has his results on his site for you to see for yourself.  His best season was the 2008-09 season when he made a 20% Return on Investment for the season and averaged, wait for it, 2 Units Per Month.

This is a professional service who has proven to make long term profits. If you have the attitude that 2 units per month isn’t good or that 1 unit per week isn’t good then you really are looking at this game in the wrong way and you need to gain some perspective.

I know of people who have abandoned using systems when the ROI was lower then 25% as they have unrealistic expectations. They get sucked into the belief that the ROI should be much higher when its really not needed.

Most only try systems for a few weeks at most before abandoning them before you even get a good idea of the actual ROI too but thats a whole different article for another day.

The sad thing is that I bet there are some people still reading this now and looking at that figure of 16% or just 2 units per month as and thinking they still wouldn’t be happy with that. Well as I said before, betting probably isn’t for you. This is never going to be a get rich quick scheme.

I do hope this article helps even just a few people reassess their expectations of how much profit you should expect to make in this game. I actually think that having unrealistic expectations is what ends up holding many people back. They expect to make “loadsa money” quickly and easily and so when it doesnt happen they lose faith and give up.

I expect many people reading this have used and abandoned certain systems or methods in the past. Well, why not have a look at them again. If you can find anything that averages 4 units per month or a ROI of anything higher then even 5% and you could be on to a winner. Just make sure that you dont stop at using just the one method and you seek to build a portfolio of profitable methods.

Not much was confirmed last night but football fans (and traders) already have the first explosive night of the season lined up on Wednesday December 7th. This is the night that the fate of both Manchester clubs will be decided. Both Manchester clubs are on the brink of elimination and for Manchester city it isn’t…