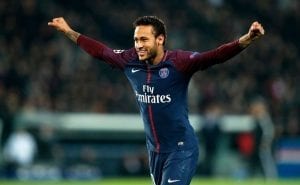 I have noticed many newbies make the mistake of trading matches that are part of a 2 legged tie in the same way as they would trade a normal one-off match. This is quite a big mistake and you should really approach these matches in a very different way.

Be Wary, No win is needed

Firstly, I would say be very wary when it comes to backing teams to win on the night in the match odds market.

Remember, nothing is decided in the first leg and nobody needs to win that particular match. Many newbies make the mistake of fancying a team to qualify but backing them in the match odds market to win on the night. That team might still qualify in the next leg but they could easily draw or even lose the first leg before that.

Remember that full time is really half time

In the closing stages of the first leg you might often see players settle for the current result and just play out time. If the match is a draw or with a 1 goal gap then many teams might take that result on the night knowing that they have a whole match ahead of them to put things right.

Therefore, I would probably advise against using strategies that rely on late goals in the first leg matches. The urgency to get a goal and the desperate need for one is not there yet. Not sure about you but if I am looking for a late goal then I want the players to be looking for one too!

Avoid the “To Qualify” market 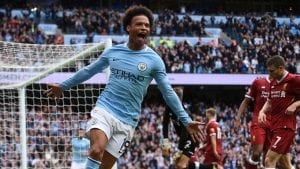 In the first leg it is probably best to avoid trading much on the “To Qualify” market unless you have something specific in mind. In the first leg this market is not as volatile as it can be in the second leg which makes it less fun to trade.

But also, this is a market that is not settled until the final whistle of the second leg and this can tie up your money for longer than you might have expected. I made the mistake of doing this once on the champions league round of 16 a few years back and had a pretty big amount of money tied up for a MONTH. Nightmare!

Lay The Away Favourite

I have found there can be some great opportunities to be had by opposing the odds-on favourite if they are playing away in the first leg. As touched upon earlier, many of these teams just want to keep the match even knowing they can win comfortably at home. I think many of them will take a draw before kick off if presented to them.

On the flip side, the home team is the underdog in the tie and probably knows that they have the best chance of doing something in the tie by going for it in the first leg and it can produce surprising results. So I have done well by laying an odds-on favourite before kick off in these situations and then laying them again if they go a goal up.

So the above tips should help you to trade the first leg of 2 legged matches. The first leg really is a tricky beast to predict and is usually the type of match I need to watch live in order to know how to trade it. So be careful in what can be a minefield for a newbie trader.

Now on to the second leg!

Its not an understatement to say that the Christmas period has been pretty insane as far as results have gone in the Premier League. BONUS: Discover the Cash Out SECRETS that Betfair do NOT want you to know! 100% FREE eBook for you! CLICK HERE! I took the holiday period off from all things trading…

Must say I enjoyed the first round of matches from the Champions League this week. A good round for drifts, steamers and also the short price layers too. It is always great to be able to trade a good round of football matches simultaneously and there was some good entertainment too. My only gripe with…