The El Clasico match was entertaining for more reasons then one on Wednesday night.

I have said before that I am going to stop tweeting my trading moves however during half time of the match between Barcelona and Real Madrid I fell into the trap once again. With Barcelona leading 2-0 and trading @ 1.07/1.08, I announced my intentions to lay Barcelona.

No one said much when I tweeted that but I expect a few people probably thought I was crazy and were calling for the men in white coats to take me away.

As we know, Real Madrid pulled it back to 2-2 and the lay of Barcelona @ 1.07 was looking like a genius move. Quite a few people tweeted @ me and one person did actually confirm my suspicions that everyone thought I was crazy for such a bold move.

Well, I was going to tweet my reasoning but with only 140 characters per tweet, I decided to wait to explain better on here. Hopefully, to prove I am not a crazy trader! 😀

There were a few things which made me think laying Barcelona @ 1.07 was a good value move. The main reason was the performances of the two teams. Real Madrid were, undoubtedly, the better team in the first half and the scoreline of 2-0 flattered Barcelona. The 2nd goal, in particular, was a moment of magic rather then the result of Barca dominance. So whilst Barcelona were winning 2-0 I didnt think they were worthy of that sort of lead and 1.07 certainly wasnt a reflection of the performance.

I also considered the impact of the half time break. This was something that was covered in this recent post and with Mourinho getting the chance to adjust the game plan going into the second half I expected that they would be doing all they could to at least pull one goal back.

Also, Barcelona were leading 4-1 on aggregate knowing that Madrid needed 3 goals to qualify. Having such a huge lead can mentally impact any team as you arent sure if you should stick with what you have or go for more goals in the second half.Barcelona do always tend to go for more goals but against Real Madrid they would probably be at least a little bit worried about doing so.

My trading plan in this situation would always be to lay @ 1.07 and if an early goal does arrive to remove all liability and let the free bet on The Draw or Real Madrid run then green up if an equaliser arrives. So in reality, I am only looking for the one Real Madrid goal in order to protect my stake which just eases the pressure of the trade.

Anyway, hopefully outlining my thought process has done away with any rumours regarding my sanity. Do remember when you are laying anyone at 1.07 you arent going to be able to get out with a profit all the time and you could easily lose 6-7 in a row which is something that some people just cant handle mentally. I, personally, love doing those sorts of trades and it only takes a couple of winners to wipe out all losses.

Remember you are only risking a small amount too. With a £1000 stake you would only be risking £70, but you could be in the chance to be winning as much as ten times that if the trade comes off. 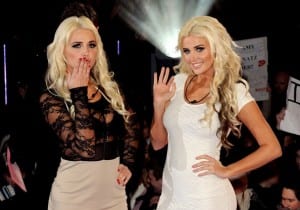 Anyway, before I go, tonight is the final of Celebrity Big Brother and there is something quite odd about the markets.

Since BB has moved to Channel 5 the markets have got it dreadfully wrong each and everytime. Just last summer, Jedward traded around 1.16 (i think) to win it before finishing in 3rd place (i think) and every other favourite on the final night has ended up losing too.

A good source for trying to work out the popularity of contestants is the Digital Spy forums. On the final day of “I am a celebrity, get me out of here” the markets had Mark Wright as the favourite but the polls on digital spy clearly showed that Dougie was the most popular. I think Mark wright was an odds-on favourite too but Dougie won it.

So have a look at the current poll on digital spy.

The markets on Betfair have Frankie as favourite @ 2.30

Yet, the two most popular housemates on that poll are the two outsiders! The Shannon twins @ 12.5 and Michael Madson @15!

Frankie is the 3rd most popular which certainly makes you think that his price of 2.30 is a bit too low and looks like a good value lay here.

This might well be the first time in a long time that I have watched a Big Brother final but I am very curious as to how this one is going to turn out.Good luck if you do decide to get involved as, with these un-reality markets, you are probably going to need a bit of luck!

UPDATE: Yep, got it right! Frankie finishes 2nd after trading as low as 1.28, the winner was Denise who began the night priced @ 6.

The “BTTS” or “Both Teams To Score” market is a very popular one with punters and it is because of this that many professionals will tell you that it is almost impossible to find value in this market these days. Well, our resident betting expert Bradley Gibbs feels you can still find value in this…

Welcome to Football Trading – The Yoda Lessons! BONUS: Discover the Cash Out SECRETS that Betfair do NOT want you to know! 100% FREE eBook for you! CLICK HERE! This is part 2 of the 5 part blog series where I will be covering some of the BIGGEST lessons that newbies must learn from football…

As many of you might know by now, Bookmaker Ladbrokes have bought the world’s second most popular Betting Exchange Betdaq in a deal expected to be worth £25 million. BONUS: Discover the Cash Out SECRETS that Betfair do NOT want you to know! 100% FREE eBook for you! CLICK HERE! An email was sent out…