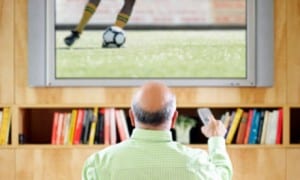 Regular readers to the blog will know one of my views is that there is plenty of value to be had during an in-play football match just by reacting to the events that are unfolding before your eyes. The market prices are formed pre-match and are often an accurate view on the match but once those players cross that white line anything can happen!

If you are sitting down to trade a football match in-play then the main thing you are probably looking to work out is if the match will provide goals or not. Most football trading strategies are all built around the event of a Goal being scored or not being scored and so it’s down to your match reading ability to help you work this out. Quite simple really!

How To Read A Match In-play

There are quite a few indicators to look out for that will help you to read a match and influence your decision on what strategy is best to use and most importantly, if goals are coming or not.

You can try and get an idea of how motivated a team is by researching before the match but the best way to find out is to actually see what is happening once it kicks off.

If you are looking for a match with goals I would ideally want both teams to be going for the back of the net. Sometimes you get a team “parking the bus” and playing defensively. When this happens it means you are only really relying on the favourite to find the back of the net. If you are going for the Over 2.5 Goal line then you have to really ask yourself if that favourite can score more then 3 goals as you cant rely on the underdog to score one.

A good example is when a team plays at the Nou Camp against Barcelona. If you are looking for Over 2.5/3.5 goals in those matches you are really just looking for whether Barcelona can score more then 3 or 4 goals since you can never rely on those underdogs to find the net. So as you are watching a match unfold, have a good look at how motivated both teams are in trying to score a goal.

If the match is high tempo then the action will develop quicker and that means teams will get to each end of the pitch quicker and goal scoring opportunities will develop at a faster rate. To judge the tempo you should watch the speed of the actual football as it moves around the pitch. Keep a close eye on how quickly teams are taking free kicks, throw ins and corners.

If you see that ball zipping around the pitch and teams eager to get the ball back in-play once it goes dead then you could have a good match on your hands for goals. Be very wary when you start seeing players acting casually around set pieces. Sometimes near the end of a match you might find one of the teams has “settled” for the current result. This is when they will start being casual with the play, taking time over goal kicks and throw ins and basically wasting time. If you are trading the goal markets and want another goal in that situation then you have to take a look at the team chasing the goal and assess if they are strong enough since it’s apparent that the other team has no further ambition of scoring a goal.

Also, listen out for the crowd and the tone in the commentator’s voice. When the tempo is high then the crowd is normally loud and responsive along with the commentator sounding excited. When it’s a slow affair, you will hear the difference!

You might do some research and then expect a match to be full of goals and then when it starts you see a high tempo which is a positive sign. However, the high tempo counts for nothing if there are no shots being made.

It is stating the obvious to say that “You cant Score without shooting” and so if there aren’t any shots happening then its not time to expect goals. Very often, If I am trading in-play and in a match where I am expecting goals then I will wait for the first shot of the match before I put my money in the market. I am not missing much by getting involved earlier and as the clock ticks on then I am getting better and better odds too.

There are some matches I have been involved with where there hasn’t been a single shot till the 20th minute and I have managed to get odds of 2.70 on Over 2.5 Goals being scored when the starting price was about 1.90!. That is a huge increase in value and taking prices like that will help you to profit long term. Sometimes a goal comes from nowhere and you miss it but then you haven’t risked any money either 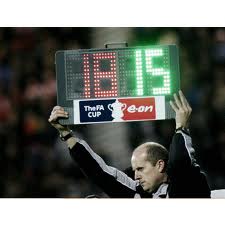 If it’s late on in a match and a manager is making a substitution then it is something worth paying attention to. Have a look at who the manager is sending on as it can give you a good indication of how that team is going to approach the final stages of the match.

If you see a striker coming off and a defender in his place then its fair to say that the team in question is “shutting up shop” and will have less desire to go and score more goals. If you see a team sending on a striker for anyone then it’s a good indication that the manager is looking for goals.

A recent good example was when Liverpool played away at Arsenal in August. With the match in a 0-0 stalemate going into the final 15 minutes, Dalglish sent on his star striker, Luis Suarez. A clear indication that he wanted to go for the win. The match changed after that moment, Liverpool were far more attacking and ended up scoring 2 goals in the final ten minutes to win the match 2-0. So if you were trading in-play that substitution alone would have given you a good opportunity to enter the market at low odds. I remember Under 1.5 Goals traded as low as 1.18 before the first goal was scored.

So, if you are trading any of the live matches across the next week then keep all these factors in mind and they will certainly help you with your decision making.