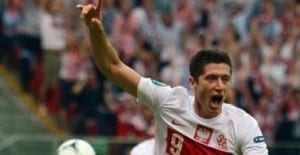 If you have been trading the prices pre-match on the opening round of the Euro 2012 matches then you have probably noticed that the majority of market favourites have been drifting leading up till kick off.

In every other match the pre-match favourite drifted.

The most notable drift was on Russia who moved from 2.30 out to 2.80 at kick off in their match against the Czech Republic.The pre-match drift on the Russians was so huge it actually caused quite a bit of suspicion on the social networks. This was a market move that was very confusing considering how highly fancied the Russians usually are in the markets and then the fact that Russia went and beat the Czechs so comfortably (4-1) just added to the confusion.

The Netherlands also drifted spectacularly from 1.65 the night before, out to 1.82 at kick off in their match against Denmark. This was another confusing move since the Dutch were highly fancied and being tipped up by every tipster service on the planet or so it seemed.

The first round market moves has left many football traders scratching their heads slightly as it not easy to predict which way the moves will happen before they actually happen. So this can mean you are just jumping on the moves later then most and not making as many ticks as you normally would.

Don’t know about other traders, but for me these few first games has been quite difficult to predict where these pre-match prices will go. This is not the typical stuff when everybody loves Team A so the odds will dropp on Team A. Even when the price has drifted quite a lot and you think that there is no way it will go higher… it goes even more higher.

Anyway, I have a theory as to why the favourites are drifting in the opening round of matches and it is to do with the expected low goal frequency of the first round.

The Euro 2012 Trend Report identified the first round as being the one with the lowest goal expectancy along with a few other things which suggested that backing favourites in the opening round of matches was not a good idea.

I am not saying that the big whales have also read that report but I am suggesting that the sharp players in the markets have done similar research and come to the same conclusion. This would go a long way to explaining all the opposition in the markets for the favourites in the opening round.

If you have a good understanding of the market dynamics within football you will know that the lower the goal expectancy is the more likely a match is to end in a draw and this then, obviously, means the favourite is less likely to win.

With Under 2.5 Goals a strong favourite in all the matches so far and being a price that has steamed in most too, this would then have a negative effect on the price of the favourite.

Usually a strong indicator of how favoured the favourite actually is can come from looking at the goals markets. If the market is pricing up a strong chance of Over 2.5 Goals this usually has a positive impact on the price of the favourite.

This is quite a reasonable explanation for why the favourites have been drifting in the opening round of matches since it is always going to be the sharp players that move the markets more then the average joe bloggs punter who would have been backing teams like Holland and Spain to win their opening matches with the odd £50 here and £100 there.

The fact that everyone knows that most teams will just be happy to avoid defeat in the opening match is probably why the sharps are backing The Draw in many of these matches with The Draw steaming by a few ticks in almost all the matches.

Now that we have seen every team play once the market moves should now hopefully be easier to predict in the coming rounds and it could just be a case of seeing the impressive teams like Russia steam and the unimpressive like Czech Republic drifting.

With the Tennis Australian Open underway this week, along with it comes the usual debate about court-siding. BONUS: Discover the Cash Out SECRETS that Betfair do NOT want you to know! 100% FREE eBook for you! CLICK HERE! If you aren’t sure what courtsiding is then check out this post from last summer about it…