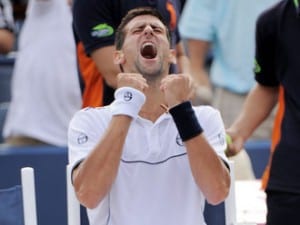 I had a feeling that the Djokovic-Federer semi-final was going to be something special and I certainly wasn’t disappointed. It was one of those matches which had everything and once again proved just why Tennis is arguably the best sport for trading.

Djokovic was priced @ 1.55 to start with and this looked like a great price pre-match but that obviously didn’t look so great once Federer went 2 sets up. Federer was then trading as low as 1.30 at this point, only for the Djoker to make a come back and level it at 2 sets each.

After that moment, it was clear that Federer was shaken and he was broken in his next match which left Djokovic serving to win the match and as I am sure you know there was no hesitation from the Serbian who put himself through to his 3rd US open final and its probably going to be 3rd time lucky for the Djoker! Over £30 million was matched on Betfair for this match alone and it surely goes down as one of the greatest of the year.

The other semi-final didn’t prove as dramatic as Rafael Nadal proved to be a good price @ 1.45 to beat Andy Murray. Nadal didn’t trade much higher then 1.55 for the entire match and we now have the final that everyone was hoping for.

It is also worth noting just what impact there was on the US Open Winners markets when the match itself was in-play. Some lucky punters (or bots?) managed to back Djokovic as high as 50 in the winners market. Clearly, he traded this high when it looked like he was on the brink of elimination with Federer serving two match points. Conversely, Federer actually traded as low as 2.02 to win the US open when it seemed he was going through to the final. 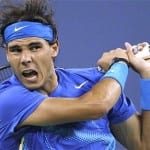 The market has Djokovic priced up as 1.65 to beat Rafael Nadal in this final. This is almost a complete reversal of odds compared to the last time they met in a final. This was at Wimbledon in July and that day it was Nadal who was the favourite @ 1.60. A lot of this was covered in the trends report and it is just a case of whether Nadal has found a way tactically to beat Djokovic. Nadal and his team have had a lot of time to think about it and so should be better prepared for this one.

The “trends” within the trends report have remained true for the men’s side of the tournament, with all the favourites winning their quarter final matches and either Djokovic or Nadal being guaranteed to be the winners. The dutch bet was paying out around 1.40 odds. On the women’s side it was not so good but it is fair to say that Women’s tennis is a minefield!

So will it be the year of the Djoker? As out lined in this post from a few months back, or will the King reclaim his throne? It will be fascinating and its starts at 9pm Monday night, live on Sky Sports!

Must say I enjoyed the first round of matches from the Champions League this week. A good round for drifts, steamers and also the short price layers too. It is always great to be able to trade a good round of football matches simultaneously and there was some good entertainment too. My only gripe with…

I get many emails from up and coming sports traders and there are many common themes within them. BONUS: Discover the Cash Out SECRETS that Betfair do NOT want you to know! 100% FREE eBook for you! CLICK HERE!  One particular theme is people completely misunderstanding how you should actually be using strategies when trading….