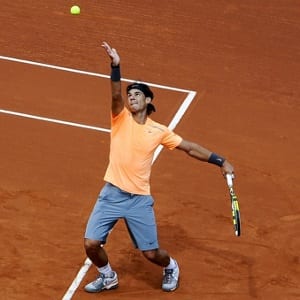 Something different this week as we welcome tennis trading professional DAN WESTON on to the Sports Trading Life blog for a chat to talk about tennis trading strategies and his own personal approach to trading. Dan also owns the popular Tennis Ratings website which is a goldmine for the exact same stats that allow him to profit from the market on a daily basis!

Hello Dan and thanks for coming on.

Best thing to start with is to talk about your background. You are now a professional Tennis Trader but how did you get started in the world of sports investing?

It has been a pretty interesting journey! Prior to getting involved in sports investing I played online poker full-time, before the US Government banned US players (reducing the edge for most full-timers). I then moved into football betting with mixed success, before settling on Tennis.

How did your early experiences with gambling go?
Well I’ve gambled full-time since university so prior to this, I quickly realised that to beat the odds you needed to generate a big edge due to knowing more than as many people as possible. In the early days of online poker this wasn’t that difficult, and you could beat the tables pretty easily by targeting fish specifically and playing very tight-aggressive. In trading, it’s just having more information than the majority of the market. So for me it might be knowing better than most how a player reacts in given situation, but for a courtsider it would be speed of information.

Is Tennis now the main sport you trade and profit from?

Tennis is pretty much the only sport I trade these days – I simply don’t have time for any other sports!

How many matches per day or per week do you trade?

It’s really hard to put a fixed figure on this. It depends on many things, such as court speed of a week’s tournaments, players playing the matches, time zones, writing/website commitments, and much more besides. 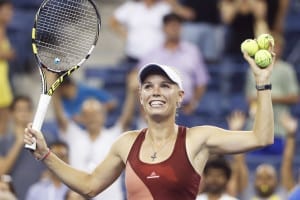 Could you elaborate a bit more on why court speed influences how often you trade?

Sure – court speed is a vital, yet frequently under-rated facet of trading. The difference between a fast court and a slow court (yet of the same surface) could be around 10% difference in tournament service hold percentages, so it’s vital you treat the two very differently. Considering my style of trading is very scenario-based, such as selectively laying players a break up, it is vital I take this into account.

Recently, my data told me that Queens was the fastest court on Tour. Obviously grass is the fastest surface on Tour anyway, so it’s going to be very serve orientated, but the speed of Queens exaggerated the effect of this even more. Being able to get a couple of pre-match bets through at slightly over even money on two big-servers playing tiebreaks in the first set was very nice, as those matches were priced very incorrectly by the bookmakers. My statistics told me one match in particular was around 85% to end up with no breaks in a set…

Do you have a particular type of tennis you prefer? Grandslams? WTA or ATP?

I actually prefer “low quality” Tennis, I’m not scared of a 250 level event at all as opposed to a Grand Slam. I actually find the later stages of Slams with top players tends to provide less edges. As for Tours, I generally prefer the ATP but I’ll trade both Tours.

You are very stats based in your approach, but are there times when you are trading a match and you use your intuition to go with or against a player based on how they are playing in the moment?

Not really. I look at a lot of in-play metrics which tell me how a player is playing, as opposed to trusting my own eyes. I try and eradicate as much emotion as possible when trading, and a subjective approach using intuition risks this.

So do you trade using the pictures, or can you trade just looking at the scoreboard?

I’ll trade a scoreboard happily. I probably even prefer it over the pictures, although there is the obvious benefit with pictures that you can spot injuries quicker. I would say that the most important facet for success, either using pictures or a live scoreboard, is to have a script (preferably statistically defined) with clear entry and exit strategies and then sticking to that script.

Since you are a stats based trader, why not just bet pre-match when you spot value and leave it?

Lots of people try but then fail at tennis trading, why do you think this is?

There are many reasons, but almost always this will be some form of a combination of poor entries/exits, over-staking and in particular a lack of discipline.

A popular way to trade tennis used to be backing a player when they were 15-40 ahead with 2 break points, what is your view on that type of trading now?

I think this is a generally horrific strategy as the tick reward is smaller than the risk, although I accept that there may be some rare match-ups which are more positive for this.

Also, backing the favourite when they are set down. Can that still produce profits in todays markets?

It can, but there is such a discrepancy between players and also both the ATP and WTA Tours. My Low Price Lead Loss and Recovery Data Spreadsheet percentages tell me that this is generally better in the ATP – in the WTA players frequently fall a further break behind before staging a possible fightback. As with pretty much anything, you need to have a reasoning for a trade, and that goes much deeper than ‘omg Serena Williams has lost the first set, let’s back her!’. 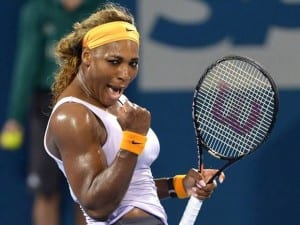 Some people talk of matches that are a “tennis traders dream”, in your view what is the ideal type of match for your style of trading?

I think generally these people are talking about matches where there are a lot of breaks of serve. Generally speaking these matches will involve players with weak serves and decent returns, but the market isn’t ‘that’ stupid to these type of matches any more. It will know if Annika Beck plays Klara Koukalova in the WTA that these players are awful on serve! One match I do remember though was Koukalova (then Zakopalova) against Lauren Davis a couple of years back in Cincinnati, I think they didn’t hold a single game in the first set!

I’ll clarify my dream scenario a little more. Typically it will be in the ATP, where the market expects fewer breaks, and there’s two I like a lot – firstly it will be a big underdog with an awful serve getting into a very dominant position, such as a set and break or perhaps serving for the match. I’ll know the likelihood of there being a positive price movement from a lay position in these scenarios. Lleyton Hewitt against Kevin Anderson recently in Queens was a decent example. Hewitt served for the match and went sub 1.10 in the markets but lost serve and then lost the whole match, it was a great opportunity. The other situation would be a pre-match favourite leading comfortably but having a weak serve, or more specifically, a propensity to throw away leads. Someone like Guillermo Garcia-Lopez would be a good example of this.

What is your view on courtsiders? Some say that there is no point trading tennis since they will always beat you to the prices but you do this professionally from your own house, so what gives?

I’m all for free markets and if someone can get an edge by being courtside and they aren’t breaking the law, fair play to them. I am also very much against the over-zealous policing of these people, who aren’t breaking the law despite what the media would have you believe. My own style of trading isn’t really down to scalping a few ticks due to a quick feed, but more to do with taking short/medium term positions from scenarios which aren’t really influenced by feed speed.

Finally, where do you see the future of tennis trading? Can you see it growing or do you fear a day when the liquidity might vanish?

I see the future of Tennis trading as extremely positive. The WTA deal to stream all matches in the future is great for trading as it will increase liquidity generally, and the only way I can see liquidity vanishing is if Betfair somehow banned in the UK, in which case we are all screwed! I dream of deregulation in USA or China, that would be pretty much the holy grail in my opinion – having come from an online poker background, I can tell you that there are many bad American gamblers and they all seem to have plenty of money!

Dan Weston trades Tennis on Betfair professionally using a stats based approach. You can discover the same stats he uses on his website, http://www.tennisratings.co.uk/ . It is well worth checking out!

You enter a trade and the price moves against you. Do you take the loss or do you be more aggressive and turn this potential loss into a win? BONUS: Discover the Cash Out SECRETS that Betfair do NOT want you to know! 100% FREE eBook for you! CLICK HERE! The similarities between Sports trading…

I have noticed more then a few threads and discussions popping up online regarding the liquidity on some in-play matches on Betfair recently. The question being asked by most is, Where has all the money gone? BONUS: Discover the Cash Out SECRETS that Betfair do NOT want you to know! 100% FREE eBook for you!…

The Correct Score Market on Betfair is one of the trickiest but most lucrative markets to trade. When you are new to trading Correct Scores the prices can seem confusing and totally random but this video should help explain everything. BONUS: Discover the Cash Out SECRETS that Betfair do NOT want you to know! 100%…