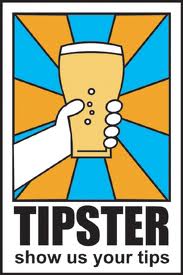 Looking around a few blogs recently I see a common theme with many people trying out different tipsters and services which may or may not be profitable. I often notice a pattern with people who use tipsters and its normally that they sign up to them as they are on a hot streak then eventually the hot streak ends and they end up doing their cash and realising these tipsters probably never had any sort of edge in the first place!

So is there any point using Tipsters or any sort of betting service if they are all going to fail eventually?

I would say probably not, as I am a firm believer that the only way to gain an edge in Sports trading or betting is by developing your own system or strategy. It could well be a current system that is on sale and that you have adapted like I mentioned in Betfair Methodology or just something you cooked up from scratch.

Using tipsters to me seems pretty pointless unless they give really good reasoning for their selections. If they run a service where you simply just get an email with the selections then it’s almost the same as just betting blindly!

So should you steer clear of all betting services?

Its important to still keep an open mind about these things as I do think it’s possible to learn a lot from being signed up to those tipster services who do give full reasoning for their bets and you might be surprised to know that there are actually some services that DO turn profits year on year.

I was signed up to Football Elite for the majority of last season and I have to say I learnt a lot just from reading the reasoning and analysis that Matt gave in his email every week. He would give a full write up of why he fancied each bet and also a reminder about why the bet itself was value. His service finished in a nice profit last season and I believe it has done for every season he has run the service.

I also had a stint with Badger trades which is now defunct and I thought this was a superb service as Badger would email you with full analysis and break down of the trades he suggested. Including Entry point, exit point, stop loss and reasoning. So I can safely say I learnt a lot just from reading those emails too.

On the flipside last summer I ended up signing up for a free trial with a horse betting service. I was betting each selection with only £10 a time however by the end of the trial I was a few hundred up thanks to some winners at long odds. However, what happened after that was the cold streak came and most of that money was given back before I simply cancelled as I hated the feeling of not even knowing what I was betting on as the selections were simply just sent in an email with no reasoning or explanation.

So why am I no longer following any services at all?

As I outlined I have used some profitable services in the past however, I am now at the stage where I believe my knowledge of the sport I specialise in (football) is above or at least level with most other “tipsters or gurus” out there. When this new season started and I found some of my bets contradicted some of the service bets I was getting and it turns out I was right, I knew it was time to call it a day with following any tipsters. It just wouldn’t make sense for me to listen to someone else’s advice about something I already know so much about.

I also like to be in full control of my Betfair trading and I can only do that by doing my own research and following my own methods now.

One thing I will say is that my knowledge of trading and betting was helped along massively by using services so if you are new to Betfair trading or sports betting in general they can be worth following. Just remember to stake sensibly if you do decide to follow the bets and also remember you aren’t obliged to follow every bet they do. If you feel you know better then you probably do and that’s when it might be time to stop following services and go solo!

Quick shout about last night’s football, with Spurs actually staying true to form and beating Werder Bremen comfortably 3-0 which was “expected”. Bear in mind though, that Spurs are “expected” to beat Liverpool on Sunday too, surely they won’t win 2 games in a row as favourites?

Over time I have had the opportunity of meeting many people who have succeeded at profiting from Betfair trading in the long term. Many still trade today whilst some have moved on to pastures new. On the flipside, running this blog has also given me the chance to meet many people who have failed at…

BONUS: Discover the Cash Out SECRETS that Betfair do NOT want you to know! 100% FREE eBook for you! CLICK HERE! New video just went live and I am exposing the “Back The Server” strategy. I see many talking about this method and I know some have success with it but it is far from…

Today, we look at one of the biggest Betfair mysteries of all… BONUS: Discover the Cash Out SECRETS that Betfair do NOT want you to know! 100% FREE eBook for you! CLICK HERE! The mystery that has left even the most intelligent of traders baffled… ———————————————————————– ALERT: Get 50% Saving on the Football Trading SUPER…

I admit I made up that statistic; however I wouldn’t be surprised if it was close to that amount as it seems you only ever hear about those who are losing money from gambling, trading, betting etc. Some ignorant person was having a conversation with me the other day and said it was impossible to…