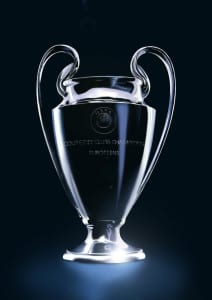 The Champions League final is the most lucrative match in club football but is it easy to make it lucrative from a trading perspective?

Personally, I have always done quite well on Champions League finals as there are many trends that have cropped up through the years that are good to follow in the up coming finals. So hopefully this article will be useful, not just for this years final but for finals in years to come!

So here are some pointers on how to trade the big one this Saturday. We will basically look at what to expect based on the trends going back to the first final in 1993 and then you can form your strategy based on that.

Around 80% of football matches have 2 goals in them so this might not seem like the most amazing insight at first but you should consider that is a cup final and one with a huge amount at stake. If you think about recent World Cup finals we are used to tight, dull affairs with hardly any goals but the Champions League final has, thankfully, always been a bit more open then that.
The last 18 out of 22 Champions League final have finished with 2 goals or more so this would mean the true price on this final finishing Over 1.5 Goals should be 1.22 so it looks like value is there.
Now we know this you can look for in-play strategies that favour 2 goals being scored in the match. Strategies such as Football Trading Academy’s System A, or Dynamic Football Trading’s Time Bomb should be good for this.

2 – Expect a goal in the first half

When trading football, knowing if you should expect a first half goal is very useful in deciding just which strategies to use. In the Champions League finals you should expect a goal to be scored in the first half based on the previous finals. 17 of the previous 22 Champions League have had a first half goal being scored so around 77% of the time there will be a goal in the first half.
Therefore, you will want to look at strategies that favour an early goal. The ones mentioned above are quite good for it and if you fancy the favourite to win then you could fancy a dabble with Lay The Draw. Laying the draw in the half-time market could be a good angle to play too.

3 – Expect Both Teams Will Score

13 of the last 22 finals have featured both teams scoring a goal, which means you should expect both teams to score around 59% of the time. Most notably, this is quite a recent trend with the past 4 finals all featuring both teams scoring.
Your first thoughts might go to trading the BTTS market on Betfair but this market is not really conducive to trading.
What you should be doing, is keeping this information in mind for when the match goes in-play. Knowing that both teams score 59% of the time can present you with some lucrative laying opportunities when either team has taken the lead. So, you could lay the winning team after they go a goal up with a view to greening up if the equaliser arrives.
In recent finals this has been a very, very lucrative strategy. Atletico Madrid and Bayern Munich both traded sub 1.10 in their finals before the equalising goal came.

If the match is level or if either team is winning by a single goal then you should anticipate that there might be a late goal scored. This match is a do or die encounter so you can expect teams to really commit in the late stages if they need a goal and gaps can open up.
If we classify a “late goal” as one being scored after the 76th minute and then we the last 5 finals that produced the scenario of a draw or a single goal lead from 76th minutes onwards have produced a late goal 4 times out of the 5.
In some cases very late, with Muller opening the scoring in the 81st minute in 2012, Robben scoring the winner in the 88th minute in 2013 and Ramos scoring the equaliser in injury time in 2014.
When expecting a late goal you could just lay the current scoreline in the Correct Score market or you could lay the winning team or the draw in the match odds market. This article has some pointers on what to do if you expect a late goal.

That is that for pointers but it is important to point to the novices that these are just trends and therefore does not guarantee that this is how Saturday’s match will turn out. It is important you watch the match develop and make your own decisions based on what you know and what you are seeing.

Best of luck on Saturday 🙂

It is fair to say I have been around for years in the football trading scene. Before I even started this blog I tried to train friends and family to become proficient football traders (not a good idea) and since starting Sports Trading Life I have had the chance to speak with hundreds more football…

Yet another year is over and what an amazing year it has been. BONUS: Discover the Cash Out SECRETS that Betfair do NOT want you to know! 100% FREE eBook for you! CLICK HERE! I would like to take this opportunity to thank those who read and enjoy the website. We obviously could not do…