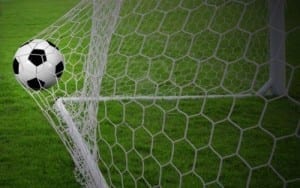 I have noticed that a big problem many novice Betfair traders have is deciding what to do when the price moves against them. Everything seems fine when the price is moving in your favour but when it goes against then all hell breaks loose and panic sets in. Recently, we actually looked briefly at why the price might move suddenly against you but today we are going to look more in depth at what to do when it does happen!

The important thing is to keep calm and just assess your options. A losing trade is not the end of the world and being in a losing position does not always mean you are going to lose that trade.

Here are 3 of your best options when a pre-match trade moves against you.

Before anything, you should probably try and work out WHY the price has moved against you. If the price has gone the opposite direction from when you entered it and you have been in the market for several hours then there is a good chance you made the wrong decision and getting out is the best thing to do.

However, you should look at where your stop loss point is also. If you decided to have a stop loss of 6 ticks against you then don’t get out just because it is 3-4 ticks against you. Ride it out and see what happens. Sometimes the price moves against you initially before swinging back in your favour. You will obviously have to keep the kick off time in mind at this point but you should only really exit the market once your stop loss point has been breached. That is why you have that point in mind after all!

For example, you backed a team expecting a steam but instead they drift. If you now decide it should be a drift or perhaps you have heard breaking news which is likely to cause a drift then you have good reason to change your direction.

However, do not change direction just for the sake of it or in order to chase a loss. You have to have GOOD REASON to do that as otherwise you might end up going in the other direction only for it to go back the way you originally expected. Then how would you feel?? 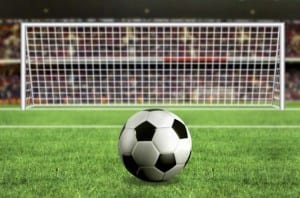 Sometimes the price can move against you but you still feel it will go in the direction you want eventually. In this case a more experienced trader might add more on at a higher price which then actually lowers the break even point also.

The times you might do this can be when the price moves suddenly or “jerks” against you. This can happen due to a big bet in the asian markets or team news rumours but usually the markets will eventually return back in the direction they were originally going in.

As said, this is definitely a more advanced strategy and one I would only suggest if you are experienced with trading the pre match markets.

So those are your best options when the price moves against you. I would firmly recommend sticking with option 1 for the most part. Exiting the market and moving on is usually the best thing to do since there are still tons of opportunities to come every day on Betfair and there is usually never a good reason to throw good money after bad.

The Over/Under 2.5 Goal markets on Betfair are one of the most popular markets for football traders and in this article I am going to show you exactly how you would approach betting or trading on it in-play in order to make a profit.  BONUS: Discover the Cash Out SECRETS that Betfair do NOT want…

It was that time of the year once again. BONUS: Discover the Cash Out SECRETS that Betfair do NOT want you to know! 100% FREE eBook for you! CLICK HERE! One of the few times of the year when, suddenly, everyone fancies having a bet and everyone becomes an ‘expert’ on Horse Racing for the…

Do you know who the man is in the picture on the right? You probably already know it is Novak Djokovic but even if you don’t then it is apparently still possible to make money trading tennis according to today’s guest poster Peter Scott. Read on… BONUS: Discover the Cash Out SECRETS that Betfair do…