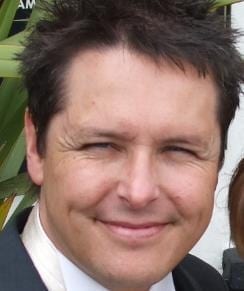 T20 Cricket is one of the hottest sports for trading on Betfair. With the recent IPL Season finishing but the T20 Domestic Season just around the corner, there really is no man better to speak to when it comes to trading t20 cricket then professional Cricket trader Mark Iverson and we caught up with him earlier this week!

Hi Mark, been a while, hope things have been going well. From your blog it looks like you did well on the recent IPL season, what sort of bank increase did you see?

Hi Ben. Thanks for inviting me back. Yes, I enjoyed the IPL although it felt like a marathon at times, and it was very difficult to keep going with everyday similar to the one before. I tend to look at my returns in a slightly different way these days by counting the number of ticks I gained. After doing the final roundup and after including all the side bets, it looks like the tournament was worth 2390 ticks to me.

If you want an idea of what that was as a % of my April starting bank, it works out at around 38%.

What was your average tick gain per trade?

I wouldn’t have a clue what my average tick gain per trade was, but as I traded 73 games I can say that each match on average was worth approximately 33 ticks to me. Over the course of a 3 hour game of cricket that doesn’t sound like much does it!?!

Haha, well its a profit which is better then most can manage! What was your average ticks loss when they came up?

Fortunately, my IPL win % finished on 89% so I didn’t lose on many games. However, when I did end up on the wrong side the pleasing thing was that I kept my losses under control.

For comparison purposes, on average, when I won I’d win 43 ticks, and when I lost I’d lose 40 ticks. 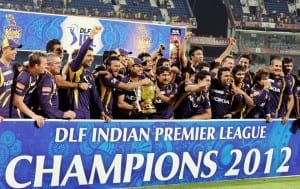 When you open a trade in-play how many ticks are you usually aiming for?

I usually work the other way around – when I open a trade I think about how many ticks I’m prepared to lose. In the IPL, if my tick balance looked to be losing me more than 30 ticks then I knew something wasn’t right and I’d probably misjudged the situation.

How many positions or trades would you open per match? Is it just one big trade and finished?

I’m generally very active in the market and over the course of a match will have turned over a decent number of trades.  I like to get a ‘feel’ for the market and what better way to do this than give it a gentle nudge now and again?  When I feel I have a move with me I then scale things up and get more aggressive, with the idea being that I’ll ride it for as far as it goes.

I often find many newbie traders enter the market but then get a bit stuck on what point they should get out. Do you always go in with a rigid plan or do you adapt to how the action unfolds?

A lot of my plans are made pre-match and I build quite a detailed picture of what I’m going to look out for. By doing this my entry and exits during the game become reasonably straight forward as I can measure what’s happening on the field against what I expected.

Do you find you are taking many positions before the match or are you just watching and waiting for an opportunity?

One of the big plus points for me this year was to resist the temptation of getting heavily involved too early on. By letting the games unfold it was much easier to anticipate what was likely to happen next. In the past I’ve been guilty of being too fixed on my pre-match beliefs.

Which match did you have your best result on and why was that?

My best result came in the game between Mumbai and Kolkata on the 16th May. It was worth 182 ticks to me but can I remember what I did? Not really, I just followed the same processes I normally do and on this occasion it all came off. It’s just part of the game. Many times it works the other way too where I’ve been in a very strong position, the market was with me and perhaps a wicket would have secured a big tick gain but…. it didn’t happen.

Are you finding the IPL easier to trade or is it getting harder?

The IPL was proving to be a thorn in my side so I made the conscious effort this year to do more pre-tournament work and really target it as with so many matches it’s a potential goldmine. Is it getting easier? I wouldn’t say so, but like anything the more you put in the more you get out.

Was there anything different in the IPL markets this year compared to previous?

In all honesty, I think the markets this year were very similar to previous ones.

Is there a big difference trading IPL compared to other T20 matches?

I think so. The conditions in India are different and add to that a mix of young Indian cricketers going up against some of the biggest names in the game and you have a recipe for ‘interesting’ outcomes. I certainly expect to take more solid positions during the English domestic season. 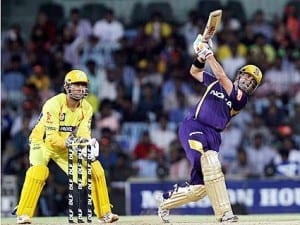 There has been plenty of talk and speculation about the integrity of the IPL. Did you notice anything strange going on in some of the matches?

After watching hundreds of one day cricket matches in recent years I tend to have a good handle on when a Betfair price doesn’t fit with the state of the game. Maybe it’s my imagination, but in the IPL it would seem that these occasions happened more than usual, but whose to know? There are so many ways that integrity can be compromised that it’s a very difficult area for the authorities to control.

Do you think the fact that some matches feel “scripted” can actually be an advantage to in-play traders?

For sure, but you still have to manage your risk. I wouldn’t act blindly on any ‘script’ assumptions unless I’d seen likely indications beforehand.

Finally, what is the plan going forward? Will you be trading the domestic season? What is the next tournament you are looking forward to?

I’ve just returned from a week’s holiday so I’m raring to get involved with the English Domestic season. T20 is such a good vehicle for betting/trading that I’m licking my lips at the thought of the Friends Life T20 matches which start from the 12th June. I just hope the rain stays away!

Fingers Crossed! Thanks Mark, always a pleasure. Hope to hear from you again at the end of the season.

I get many emails from up and coming sports traders and there are many common themes within them. BONUS: Discover the Cash Out SECRETS that Betfair do NOT want you to know! 100% FREE eBook for you! CLICK HERE!  One particular theme is people completely misunderstanding how you should actually be using strategies when trading….