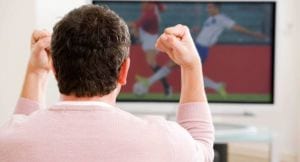 A popular question I often get emailed to me is along the lines of just how many matches should I be trading per week as a football trader on Betfair? There are now hundreds of in-play football matches on Betfair every week with literally hundreds every Saturday too. So just how many of them are you expected to trade? All of them??

This is actually a very good question as I often find that novices seem to think that the professional football traders are always active and trading every match possible when the reality is far from it.

What you will find is that the full time professional football traders go for a quality over quantity approach when it comes to choosing which matches to trade although it can also depend on the exact edge you have.

Most professional football traders that I know have their edge in their match reading ability. This means they profit mostly on matches they can watch live and trade based on what they are seeing. Already this can limit down the amount of matches per week that they are able to trade. Realistically, you can only focus on one live match at a time so if we only went by the matches that were live on TV you might be looking at around 8-10 matches per week. If you were really dedicated you could watch some live streams on Bet365 and trade matches that way which would make even more opportunities available.

However, those traders that I know who are full time actually trade less then 8-10 matches per week. I find they often focus on a particular competition such as Premier League and Champions League since this is the one that will be most familiar to even the most average of punters. There are usually only 4-5 Premier League matches that are live on TV every weekend and the Champions League is every fortnight with 2 live matches per week to focus on. Over a whole month, these professionals are actually trading around 25-30 matches. 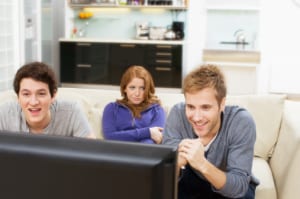 This is interesting since I get emails from some novices who have told me they have traded 25-30 matches in a single weekend and they are wondering why they are not in profit. This is good for initial practice but once you have your methods you should zero in on particular matches and stick to those.

Not only will you be more likely to be profitable once you focus on particular matches but your quality of life will also be much better. I must admit to doing the same in my early days. When I first discovered football trading I did a few weekends trying to trade EVERY match on the in-play coupon. Thankfully, there were less matches that went in-play in those days but that is besides the point. There is no possible way I would have an edge in every match and I really should have just filtered down the coupon to just 1 or 2 per day. The days of trying to trade every single match were definitely not fun either and I would end the day mentally exhausted.

The overall myth that many novices have about football trading is that professionals are always active and always doing a trade of some sort. Really you should be looking at the coupon and filtering it down to the matches that fit your usual strategy and going from there.

It is important I do say that much does depend on your overall strategy. Some traders do very well by watching the in-play scores and waiting for opportunities to crop up which fit the strategy they want to use. If this is the way you trade then you might actually end up covering lots of different matches in a single session and, technically, you could be trading 20+ matches in a single evening or afternoon. This is fine just as long as it is profitable for you in the long term. I definitely would not recommend this approach to a novice as you will be far better served simply coaching a live match and reading the flow of it before getting involved.

It was that time of the year once again. BONUS: Discover the Cash Out SECRETS that Betfair do NOT want you to know! 100% FREE eBook for you! CLICK HERE! One of the few times of the year when, suddenly, everyone fancies having a bet and everyone becomes an ‘expert’ on Horse Racing for the…

As you know the draw for the quarter and semi finals of the Champions League took place on Friday and it was interesting to see how the Winners market reacted to the news. BONUS: Discover the Cash Out SECRETS that Betfair do NOT want you to know! 100% FREE eBook for you! CLICK HERE! This…