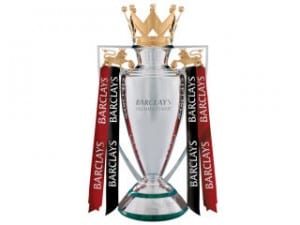 There are more then a few opportunities to profit when trading the long term markets on Betfair. These are markets such as Premier League Winners market or relegation market.

These markets don’t usually appeal to sports traders since you have to tie up your money for months at a time but in my view they are certainly worth having a separate bank for. As we all know, Sport is unpredictable and its not often a team or player will win an event without encountering some resistance along the way especially when its an event which is taking place over such a long time.

There is certainly an indication that many of these long term markets suffer from the “too low, too soon” syndrome that we often see in sports events. As we all know, It is not over, till it’s over and taking on the “early pace setters” would have proved very fruitful this season in particular.

Our own English Premier League Winners market has seen Man City trade as low as 1.40 this season and have since traded as high as 40. Manchester United look set to win this title and are currently trading @ 1.17 but have touched as low as 1.03. If my memory serves me right Man City hit the 1.40 mark around Christmas which really does look a little bit premature with half a season still to play especially when they were actually only 3rd favourites before the start. If the 3rd favourite was winning at the half way stage in a horse race would you still want to back it @ 1.40?

The Premier League Relegation market is just as interesting with Wigan hitting 1.16 for relegation but they are now currently 2.80 for the drop. They might still get relegated but the sports traders amongst us wont care either way since you would certainly be all green on that trade by now. Other interesting movements has seen Blackburn hit 1.40 before Christmas, before putting some results together and trading as high as 7 before bouncing back down to 1.30 at the moment. QPR have traded as low as 1.29 and are currently above evens also. In fact almost all of the teams that trade below the 1.50 mark for relegation have since traded higher with Wolves being the only exception. Believe it or not, even Swansea & Norwich have traded at the 1.50 mark to be relegated this season!

You probably wont be surprised to hear that The Championship has had a few twists this season too. Southampton traded as low as 1.20 in February to win that title and that is now looking incredibly unlikely with Reading in unstoppable form. Reading are currently 1.24 to go on and win that title and Southampton are trading @ 5.5

I am sure that just by reading this your appetite is being whetted for the next season already with these low risk opportunities that are available.

The fun and games does not end there though.

In Germany, Bayern Munich traded as low as 1.15 to win the Bundesliga before Christmas. After their 0-0 on the weekend that is now not going to happen and Borussia Dortmund are trading @ 1.01 to win that title.

In Italy, AC Milan touched the 1.30 mark to win Serie A in February but then all the usual twists and turns have happened and its now looking doubtful with Milan trading @ 2.54 and Juventus currently the favourites @ 1.65.

La Liga has had plenty of twist and turns to it. Barcelona touched 1.30 right at the start of the season before Real Madrid overhauled them. Real Madrid then began to run away with it and touched 1.06 in January! Since then, they have stuttered and hit 1.75 but currently are 1.40 ahead of the deciding El Clasico match this Saturday night.

As you can see, taking on teams once they trade below 1.50 is looking like the way to go with these markets. From looking at these markets I would say that if any team is trading below 1.50 by Christmas then they are fair game for taking on. You should certainly win a trade if you are realistic with the amount of ticks you can gain but judging from the facts presented above there might even be value in just laying and leaving it!

Remember, if you win the first trade there is the opportunity to repeat that trade if they trade low once again or you spot another opportunity.  I must admit to not paying close attention to the foreign markets previously but judging from what has happened in Spain and Germany I really need to be keeping a closer eye out.

It really and truly is not over till it is over!

Trading football PRE-MATCH really should be the main focus of your trading on Betfair. Once you get into the swing of it there is plenty of money to be made with it and it is certainly not as hard as some people make it out to be. From all the emails and messages I get…

The match between Man City & Liverpool was a bit of an anti-climax in the end as the Citizens waltzed to a 3-0 win. BONUS: Discover the Cash Out SECRETS that Betfair do NOT want you to know! 100% FREE eBook for you! CLICK HERE! Man City were trading around the 2 mark for most…

So the recent announcement of the Football Trading Simulator has definitely got a lot of people really EXCITED from the sounds of it. BONUS: Discover the Cash Out SECRETS that Betfair do NOT want you to know! 100% FREE eBook for you! CLICK HERE! If you missed the announcement, check this post for more info….