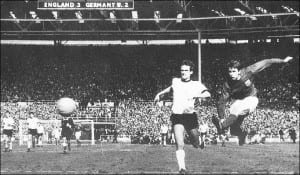 “Before Betfair” is a light hearted look at how we feel the markets would have reacted to some of the great sporting events that happened before Betfair was invented. Since Betfair was invented in 2001 this means we can only imagine how some of the historic betting events would have played out if they had been in-play but thanks to technology we can get a good idea of what might have happenened. To avoid confusion, the article is written as if the event was only yesterday….

Well I never thought I would see the day. England crowned as World Champions and for it to happen when we hosted the World Cup is quite magical.It really is about time England won the World Cup and showed the world what we are made of. I am sure this will be the first of many world titles for England and I can see us dominating the world of football for years to come after this. 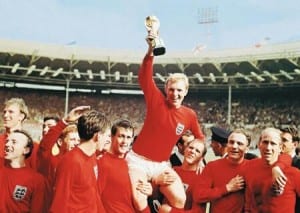 The match itself surely has to go down as a classic.

England entered this tournament as 5th favourites @ 14 with not many giving them a hope. By the time the match kicked off yesterday the markets had England and West Germany both priced @ 2 to take the trophy. The markets were finding it hard to seperate them but you have to feel that patriotic money was forcing the price on England down a fair bit. My prices had West Germany as favourites to win the trophy @ 1.66 with England @ 2.50.

The prices at kick off in the Match Odds markets had England and West Germany both priced @ 2.80, with the markets predicting a tight match and Under 2.5 Goals starting @ 1.60.

The smart traders had their money on West Germany from kick off and they were in a strong position after just the 11th minute when Helmut Haller gave West Germany the lead. Their price went in from 2.80 into 1.50. They were into 1.33 to win the trophy with England out to 4.20.

Those who believed in England were laying West Germany @ 1.50 and the Germans were matched as low as 1.48 before Geoff Hurst equalised for England 6 minutes later and we were back where we started with both teams priced @ 2.80.

After that fast and furious start the rest of the match was pretty tight. The markets seemed to feel like this one was destined for a draw and so did most of us watching.

So when Martin Peters popped up in the 78th minute there was sheer carnage on the markets. The draw was trading @ 1.40 before this goal but suddenly England were into 1.20 and just minutes away from claiming their first World Cup.

My own emotions were getting to me as I felt inclined to lay England at this point as “emotional insurance” just in case they choked.

As the clocked ticked down it grew tense and you could feel the nerves. Just as England were matched as low as 1.04 in the winners market, the West Germans equalised via Wolfgang Weber in the 89th minute. Just minutes away from glory it seemed and you wondered if England would have it in them to see out Extra time. The England layers were certainly in the money after that. 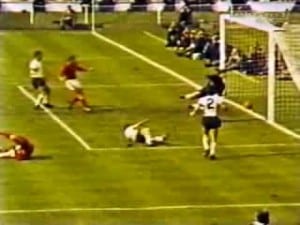 Heading into extra time all eyes turned to the Winners market. The markets now had West Germany as slight favourites to win the trophy @ 1.90 with England @ 2.10. The markets clearly judging that the momentum would give them the edge.

Personally, I felt this would end up in a draw and we would have to go to a reply in a few days time. It really is a pity that no one can think of a better way to settle matches after extra time then going to a replay. I am sure the England players would love some sort of “shoot-out” to try and win a match rather then having to do it all again a few days later. Perhaps this will happen one day.

With Extra time being pretty tight, I was as surprised as anyone when England took the lead after 101 minutes. Geoff Hurst’s shot cannoned down off the cross bar and apparently crossed the line for a goal. I watched the replays a few times and could not work out if the ball was over the line or not so not sure how the linesman knew.

After this England were into 1.20 to win the trophy and it was a back to the walls job. West Germany were piling men forward and you could sense the nerves. With clock ticking down and England matched close to 1.01 Geoff Hurst broke on the counter attack and rattled home a superb effort to seal the trophy for England.

No doubt about it this time!

England are the world champions and I am sure it will not be too long until we do it again!

A question I often see being asked and also get asked myself is… “Does Laying the draw in football trading still work?”. When people first set out trading football it is normally the first strategy they learn, however it doesn’t end up being as easy as it sounds. BONUS: Discover the Cash Out SECRETS that…

Is it possible to predict a draw result in football with regularity? BONUS: Discover the Cash Out SECRETS that Betfair do NOT want you to know! 100% FREE eBook for you! CLICK HERE! In this video I look at some of the BIG clues to look for when trying to work out if a football…