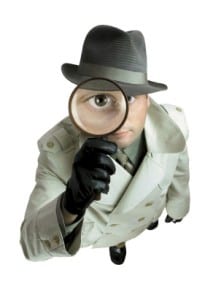 Following on from the popular and also slightly controversial post about Adam Heathcote we have another big Betfair mystery that is worth looking into. This one involves another prolific blogger who went by the name of Psychoff!

Psychoff was actually made up of two (or more?) people and they blogged throughout 2009 with the challenge of making $100,000 from football trading. A challenge they appeared to have completed within 5 months by the end of 2009. This then led to a new challenge which was to make $1 Million by the end of 2011!

On a daily basis the blog was updated with huge profits being displayed in screen-shots. However, almost as soon as the challenge began, the blog was ended! Not only was the blog ended but all the previous posts showing their screenshots were deleted too, which is what has helped to create this mystery!

Their reason for stopping the challenge was given as being because they simply didn’t have the time with this message being left on the front page of the now defunct blog, “We already work very long hours and devoting another hour to the blog instead of our family every day is no longer acceptable.” They did go on to say that they would be carrying on the challenge but only now in private.

It’s also no surprise to hear that Psychoff were getting a lot of abuse from non-believers and cynics who felt they were faking screenshots in order to eventually sell something further down the line. I wouldn’t be surprised if getting that sort of response to their blog was one of the main reasons for stopping it!

So just who was Psychoff? Were they really making the insane amounts of money that there screen-shots implied?

Well, this is a mystery which will still have to go unsolved. There will always be people that will cast doubt on someone who appears to be making amazing profits on Betfair. The fact that Psychoff hardly ever pasted their full profit and loss didn’t actually do them much favours in this respect though. I know a few traders who are making profits which would blow the average person away but they won’t blog about it no matter how much I try and twist their arms! Either way, it’s very possible and those who do decide to blog about it shouldn’t be knocked.

Seeing the Psychoff blog end was very disappointing as you could actually learn a lot by seeing their screen-shots and then looking at the match they were trading. Just from that you could quite easily get a good idea of their methods and perhaps maybe that’s one of the reasons they decided remove all their previous posts!

I am aware that Psychoff contributes sporadically to the Bet Angel forum and has been asked if he would restart his blog up to which he implied he has no intention of doing. He has commented to say that his challenge is still coming along very nicely and appears to be on target for 2011!

So it seems that this is one Betfair mystery that will go potentially unsolved forever!

I know that plenty of people were surprised at Italy beating Germany the way they did however I wasn’t. When you do your research into these matches and you look at trends the way we do then there is not much that can happen that can truly surprise. Sport can throw up its shocks but…

Low risk high reward football trading strategies are the dream for many football trader on Betfair. BONUS: Discover the Cash Out SECRETS that Betfair do NOT want you to know! 100% FREE eBook for you! CLICK HERE! But it is important to keep in mind that a fair bit of hard work goes in to…