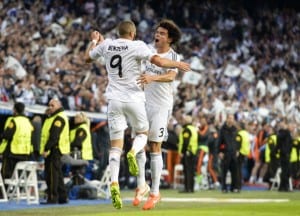 Technology has developed well in the past few years to the point where we can now finds lots of in-depth information about even the most obscure in-play matches. Bookie websites like Bet365 and William Hill have great in-play stats centres and also Flashscores.co.uk is a good source. It could be a dark, wet Tuesday night and if I wanted I could easily find out how many shots on target Bournemouth have had away at Charlton or how many corners that Yeovil have had in their match at home to Leeds United! 😉

This makes it possible to trade multiple football matches in-play without even watching them but only if you know how to use those in-play stats correctly.

So here are 3 tips on how to use in-play stats when football trading on Betfair.

I think the biggest mistake most make is focusing too much on possession when looking at the in-play stats. I am not saying possession statistics are irrelevant but they are not as important as many might think and just because one team has more of the possession does not mean they are more likely to score or win the match.

I could point to the Liverpool-Chelsea clash at the end of the 2013-14 season as a big example of this. Liverpool had 73% possession in that match but the final score was 2-0 to Chelsea. Teams like Barcelona and Bayern Munich are teams that will inevitably dominate the ball but it is what you do with that possession that counts.

Focus On Shots On Target, Not Just Goal Attempts

What if there were 10 attempts on goal but only 1 of them was on target? I doubt you would feel confident about a goal arriving soon in this case.

So you should look closer at whether or not these attempts were on target or not. Look for precise “Shots On Goal” and you will often get a better idea of how the match is turning out since the team that is actually getting efforts in on target is usually the team that is on top, no matter what the possession might tell you.

Do not ignore Corner Count

An in-play stat that many ignore is the corner count but this can also give you a good idea of how the match is developing. Although, corners do not mean goals and there are not as many goals produced from corners as you might think it does give you an indication about just what a particular team is doing with their possession.

Team A has 50% possession and has had 2 corners, Team B has 50% possession but has produced 6 corner kicks in the 1st half. This gives you an indication that Team B is actually doing better with their possession since they are clearly getting in around the back or getting crosses into the box.

The one time I would feel that possession is relevant is when you have a strong favourite at home and you can see that the underdog is actually edging it in possession or it is closer to 50% then you would expect.

If Man City are at home to West Ham you would expect by half time that Man City will have around 70% of the possession but if it is actually 55%-45% then this is a good indicator that the strong favourite is having an off-day and usually there can be value to be found with laying the strong favourite at this point.
More and more football trading strategy packages are taking in-play stats into account these days. Dynamic Football Trading is a good one for finding a key stat to look for which usually indicates that a goal is very imminent. I have tried this in practice and the strike rate is pretty high!

If you are trading sports , placing in-play bets or both, the best way to do it is with a clear head and free of distractions. BONUS: Discover the Cash Out SECRETS that Betfair do NOT want you to know! 100% FREE eBook for you! CLICK HERE! Having a clear mind will help you make…