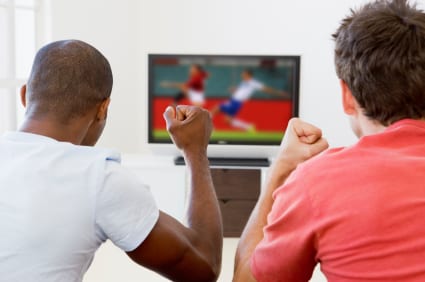 I have had more then a few emails from up and coming Betfair traders asking just how to select which football matches to trade on Betfair. When I look at the Betfair football coupon these days I can actually understand why so many new traders have this dilemma as the coupon is usually full of all sorts of matches these days. A far cry from the days when the coupon would only feature the “big” matches. A Saturday afternoon is a nightmare when looking at the coupon especially. I often see teams I have never even heard of on there.

This is quite important as if you end up trading the wrong sort of match you could end up in a bit of trouble. To help with this I have managed to put together 5 things to consider when selecting which football matches to trade.

This might sound like an obvious thing to consider but it is not as obvious as you might first think. If you are going to select a match for in-play trading then you obviously want it to be in-play but you also want it to STAY in-play also. Betfair accept no responsibility if the in-play markets get suspended for whatever reason which can leave you with money in the market and no way of getting it out. This can obviously happen on any match for any reason but it is definitely more likely to happen on a certain type of match. These are usually the lower level matches from competitions such as League 1, League 2, the conference or any equivalent across Europe. Therefore, you really should try and avoid these types of competitions for trading as it can never be guaranteed that these matches will remain in-play for the full 90 minutes.

When deciding which matches to trade you should also consider the liquidity. Depending on the type of strategy you employ there will probably be a time when you need to get out of the market and this can be almost impossible if the liquidity is not there. Do not think that if you got matched going into the market then you will also easily get matched getting out of it. You will probably be forced to take a bad value price which will not be conducive to your profitability in the long term. I expect many will ask just how much liquidity is enough at kick off to get involved but this is not the correct question. You need to know if the liquidity will also be present in-play and the best way is to aim for the “bigger” matches and those in the top level competitions. Premier League is a yes, League 2 is a no.

Some football traders often say they do not like watching the match when they trade whilst some others swear by it. I know that Steve from Dynamic Football Trading suggests live pictures is the best way to trade these days but I do feel that it all depends on what works best for you. However, if you work with live pictures or not you should always put the live TV matches as a priority when selecting which matches to trade. Main reason is that liquidity is almost always excellent if a match is live on Sky or BT. Also, that you can be sure it will remain in-play as long as Betfair is standing. Betfair only suspend in-play betting when they lose their live feed which is obviously very unlikely to happen if it is live on the TV.

So when you are selecting your matches to trade you should now hopefully have enough ideas to help you narrow down what to look for. This should be mainly top level matches and, primarily, those on TV.

Then you also need to consider the type of match. With many matches often in-play at the same time as others then it can be overwhelming when deciding which ones to trade. I can imagine many new traders open the coupon, open flashscores and then begin to lose the plot when goals start flying in and they lose track of what they are trading exactly. This article can help you out if you find having multiple matches on at once quite overwhelming.

Well, in order to choose which matches to trade it all depends on the type of strategy you use. Most football traders do like matches that are likely to be open and full of goals. If this suits your strategy then do a bit of research and gauge an idea of which matches are most likely to produce this sort of match.

If you prefer to trade on matches involving a strong favourite then this should also be easy to spot. There might be over 100 in-play football matches on Saturday at 3pm but I guarantee that once you filter them down you probably only end up with 4-5 that are worth trading and you should start by looking at the highest level first.

The time of match should also be considered and it can be an easy mistake to make. When you sit to trade a match you need to realise you are probably going to be busy for the next 2 hours. I have heard of some traders trying to trade the first half knowing they have to go out during the second half and they try and trade it further on their phone. Some start to trade a match then realise it clashes with a TV show they want to watch and they try and do both. This will definitely not work out.

I know most football traders prefer to trade when there is a “block” of matches on at the same time. Like on Saturday @ 3pm or Tuesday, Wednesday evenings @ 7.45pm. This can be considered a good use of time since with all the matches happening simultaneously you are bound to find a few opportunities within that. If you stay up late to trade a sole South American match that kicks off at 11pm then you might not find any opportunities and you might actually fall asleep at some point also!

So when deciding which matches to trade you should always think about the time they will start and finish and decide if it will fit into your regular schedule.

With the change in format last week, The Mug made a loss of £294 and hopefully now we will see him lose on a more consistent basis. His total losses are now -£317 and he has outlined his bets for this weekend! The layers will be sharpening their knives! BONUS: Discover the Cash Out SECRETS…

Welcome to Football Trading – The Yoda Lessons! BONUS: Discover the Cash Out SECRETS that Betfair do NOT want you to know! 100% FREE eBook for you! CLICK HERE! In this 5 part blog series I will be covering some of the BIGGEST lessons that newbies must learn from football trading if they want to…