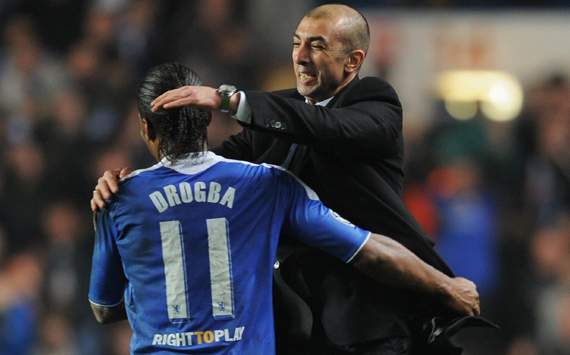 I must admit to not having studied the “To Qualify” market too much in the past but in recent months my attention has been drawn to it especially in 2 legged ties. Whenever I seem to look at the “To Qualify” market in 2 legged ties I often spot many over reactions and instances of the markets trading really low when its a bit too early in the tie.

As traders we only really want the favourites to wobble a bit during the 2nd leg in order for the odds to trade higher. I recently highlighted this when AC Milan were trading @ 1.03 going into the second leg leading 4-0 against Arsenal and they certainly wobbled that night.

Last night Napoli were 1.40 to qualify against Chelsea before the match kicked off and after Chelsea went 2-0 up it was Chelsea who were suddenly the overwhelming odds on favourites to qualify. This was certainly an over reaction since one goal for Napoli would send the Italians through. Then when Napoli did pull a goal back to make it 2-1 they went back to being 1.40 favourites to qualify. Once Chelsea pulled it back to 4-4 on aggregate and took the match into extra time they were 1.60 favourites to qualify. In my view that was a bit low too since one goal from Napoli would have meant Chelsea needed 2 goals in extra time to go through but as we know Chelsea managed to pull it off. Quite a come back it has to be said and not something that would have happened under AVB that is for sure!

Manchester United have traded as low as 1.25 to qualify after they took the lead in the 25th minute against Bilbao. With about 150 minutes of football left you have to see that as being a little bit too low too soon, especially considering how well Bilbao were playing in that match. I have a small interest in this one after laying Man Utd at that point and I am leaving all my profit on Bilbao going in to tonight’s 2nd leg. Bilbao are now 1.30 going into the 2nd leg but if there was a goal from Man United in the first half then that price could drift up to the 1.80+ mark. 2 goals from United and I wouldn’t be surprised if they went back to 1.25 again!

With 90 minutes of football ahead after the first leg there is a lot that can happen and when you throw in the opportunities for “Away Goals” there can be some huge swings and over reactions in this market.

If we look ahead to tonight’s matches in the Europa League you can see that the majority of the favourites are trading below 1.30 going into the 2nd leg so it looks like there are plenty of potentially low risk opportunities. I will be having a dabble with some low stakes and taking notes in the process. 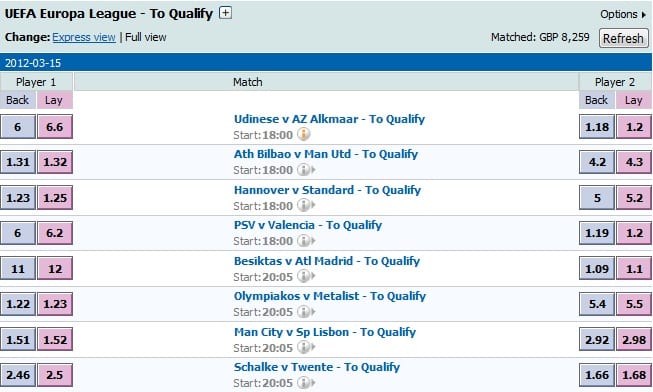 Also, worth noting that if any of these matches end up going to penalties then the “To Qualify” market remains in-play during the shoot out. There is plenty of opportunities during penalty shoot outs also, its just a pity they don’t come along too often.

I know many traders don’t enjoy trading the Europa League but this could certainly be a market that is worth keeping an eye on!

Interesting night in the Copa America as both matches ended up being goal fests and thrillers! I took both the underdogs with a handicap and had one winner and one half stake loser which left me with a small profit for the evening, If only Brazil didn’t score that fourth goal! BONUS: Discover the Cash…

We head into the final round of Champions League matches and there are plenty of reasons to be fearful. BONUS: Discover the Cash Out SECRETS that Betfair do NOT want you to know! 100% FREE eBook for you! CLICK HERE! But firstly, it was a superb night at the Cottage last night with Fulham sneaking…

The World Matchplay of Darts 2011 has been great entertainment as usual and these tournaments normally are when they are broadcast on Sky Sports. BONUS: Discover the Cash Out SECRETS that Betfair do NOT want you to know! 100% FREE eBook for you! CLICK HERE! After watching darts over the years, I can firmly say…