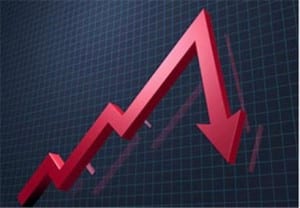 When trading football, the pre-match trading really should be the main meat of your profits with the in-play profits simply being a “top up” of existing profits. The pre-match markets are the least volatile which can allow you to get vast sums involved in them and some lucrative profits can be made.

Many pre-match football traders will follow the Paper Chaser method from TFT which is a way of getting in during the morning of the match leading up to kick off. That method is based on what is known as “Technical Analysis” in the trading world and what we are going to look at today is using “Fundamental Analysis” to try and spot the price moves a bit earlier.

Here are 5 indicators that the price on a football team might steam, as in go lower in price, and you can potentially use this to plan trades and get your money in early. Remember, these are all ways that you can spot a steamer and the more indicators you can spot the more likely that that price will steam. Seeing just one of these indicators probably wont be enough to cause a price steam, so make sure you are aware of that.

It might be obvious to say it but if you can find a team that is in solid good form leading up to a match then this is likely to cause their price to steam leading up to kick off. If a team is going on an unbeaten run in their past 4-5 matches then punters will be much more likely to put some money on that team and once bookmakers spot this they will cut their prices and soon this will cause a ripple throughout the whole punting world and you will get a steam on that team. If you have a team in good form against a team in bad form then this will just mean a steam is much more likely.

Using a real life example from August 2011, Man Utd were due to play Arsenal and Man Utd were in flying form, whilst Arsenal were in the total opposite. That week Man Utd were backed from 1.70 all the way down to a starting price of 1.30, with about 20 ticks movement happening on the day of the match. In the end, Man Utd ran out 8-2 winners but as a football trader who should have already locked in some profits it really didn’t matter who won!

Even teams that are not necessarily strong but still have big fan bases can be put in the same category. At the moment this would include teams such as Liverpool, West Ham & Newcastle who all have strong followings but aren’t even in Champions League contention. If you follow the markets closely you will know that Liverpool steam almost every week regardless of their current form and it is quite amusing to see, and just as amusing to profit from.

Remember, just because a big name team is involved in a match does not mean they will get backed and their price will steam. If it was that easy we would all be rich by now. However, when combined with all the other pointers in this article then you could very likely have a steamer on your hands! 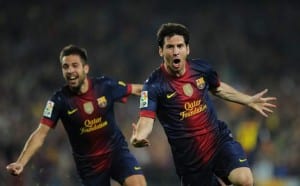 Finding a bet that is highly fancied by punters is always a good thing to look out for. On the day before a match I will usually scour forums and social networks to see what the punters are liking for the next days action.

A good forum to check out is PuntersLounge.com. If you check out the threads ahead of a Premier League match you will see everyone posting their tips and if the majority are all going for the same bet then you can reasonably assume that many other punters are thinking this way also. If I see most of the posts on that forum saying that the best bet for a match is Arsenal (-1) then you can be sure that plenty of other punters around the world will come to a similar conclusion and this could be a price that steams. There are many other forums also that you should check out when trying to judge the consensus ahead of a match but you will have to look around and see what suits you.

Type a teams name in to the Twitter search box and you will get all the latest tweets related to that team. Among them you will find plenty of people tweeting their bets also. If I look and see plenty of people saying, along the lines of, they “fancy xxxx tonight” then its a good thing. If I look and see plenty saying the opposite then you could very well see the opposite in the markets too.

As mentioned above, take all these pointers into consideration alongside each other rather then getting involved based solely on one indicator popping up. One swallow does not make a summer, as they say….

It goes without saying that you are not likely to see a team steam if they are missing key players. For example, If Van Persie is missing for Man Utd then the punters will fancy them less and the price could actually go the other way.

Obviously, you won’t know the actual teams until an hour before kick off but team news is usually readily available 24 hours before kick off. A website such as Soccerway.com will usually let you know if there are any injuries or suspensions for a particular team if you go to their profile. If you can see that a team is going to be full strength then this can usually be a great indicator for a price steam as punters will have much more confidence in betting on them and this will only cause the price to go one way, lower!

It is important to note that long term injuries do not quite have as much impact. Players that are out for a long length of time do not usually affect the markets as this is the type of news punters will already know. It is when a player gets a knock in training or gets suspended that the casual punters will get surprised by this news and they might decide to bet the opposite which will then cause the price to go the opposite.

I have observed that when a team has a “Must Win” match against a team with not much at stake then the markets seem to love this and the price will often steam on the favourite regardless of the other indicators. These must win matches are usually found at the end of a season when a team has to win to maybe win a title, avoid relegation, gain promotion etc.

I can only assume that when punters see these matches they simply see that a team HAS to win and since the other team does not have as much at stake then they figure that they will probably let them win it. As we know, this is not always the case but from a trading point of view these matches can be great opportunities.

I have seen teams backed ridiculously lower then they should be ahead of these matches. I remember in 2008 when Man Utd simply had to win away to Wigan in order to win the title. Wigan were a better side then and it was never going to be an easy game for Man Utd. On a normal day, Man Utd would have been 1.50 for the win but due to the fact it was a must win for the Red Devils they kicked the match off as low as 1.22 on Betfair. You hardly ever see a Premier League team priced that low when playing away from home but the circumstances caused that spectacular price steam that day.

As I have stressed a few times in this article, these are all indicators and not a definite prediction of the future. As with anything, the more indicators that pop up the more likely you will get the result you are looking for. Do not get your money in the markets simply based on one indicator alone and be sure to take every match as it comes.

If you are more interested in learning football trading, including the pre-match and in-play markets then be sure to check out the best value football trading course on the planet which is Total Football Trading.

I have noticed many newbies make the mistake of trading matches that are part of a 2 legged tie in the same way as they would trade a normal one-off match. This is quite a big mistake and you should really approach these matches in a very different way. BONUS: Discover the Cash Out SECRETS…