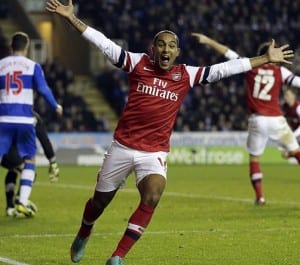 Wow, what a match that was. The in-play goal backers would have had a field day on this one….

On paper, holding on to a 4 goal lead with that amount of time left should be easy but once that first goal for the opposition goes in to make it 4-1 then its only natural that doubts will start to creep in and from that point the game could turn. Especially if you are a team like Reading who arent used to being in strong winning positions especially against a club like Arsenal.

It is for reasons like this that I would always want to be a layer rather then a backer at odds lower then 1.10 with so much time left on the clock.

It is no surprise that Reading also reached 1.01 in the “To Qualify” market with Arsenal matched as high as 34!

Reading equalised to make it 5-5 and Arsenal were out to 1.70 before Theo Walcott effectively won the match in Extra time injury time.

In the end it finished 5-7 and it was one of those nights that you are truly thankful for a scoreboard being there to keep count for you.

Sensational stuff, who says the Capital One Cup is not worth watching?

2012 was quite a fantastic year of sport and there has been some truly amazing sporting moments. As usual there has been some incredibly exciting action on the Betfair markets and below are 6 of the very best gubbings that we have witnessed in the past year. These are in no particular order and are… 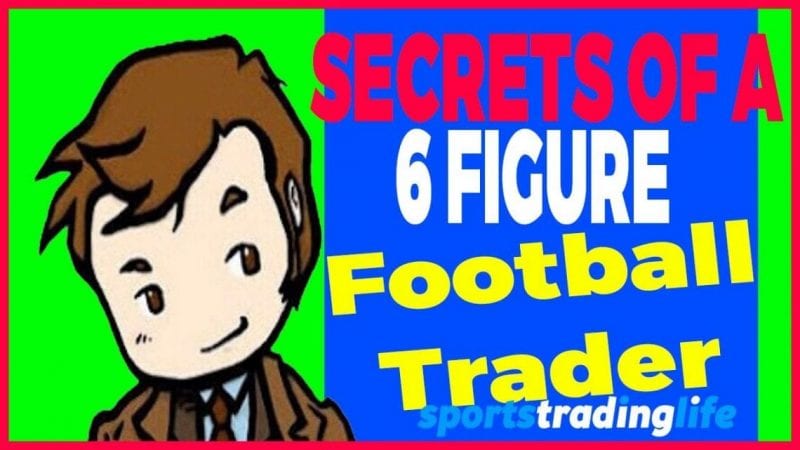 So very recently we published an interview with 6 figure per month football trader Psychoff. BONUS: Discover the Cash Out SECRETS that Betfair do NOT want you to know! 100% FREE eBook for you! CLICK HERE! It was very enlightening and something that many newbies can take some golden nuggets from. ———————————————————————– ALERT: Get 50%…

We welcome tennis trading professional DAN WESTON on to the Sports Trading Life blog for a chat to talk about tennis trading strategies and his own personal approach to trading.

Trading the CORRECT SCORE  market on Betfair can be one of the most exciting markets to trade due to the big prices that are available and, hence, the big profits that can be made too. However, it is important to consider that the Correct Score market is also one of the hardest football markets to…