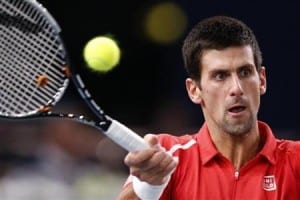 The tennis season might be winding down now but that does not mean that the quality of tennis trading action has been affected. If anything this time of the season is a great time for the seemingly unexpected to happen as a hard year begins to catch up on some of the players.

If you keep your ear to the tennis grapevine then these sort of shocks might not be so surprising after all. It was common knowledge that Djokovic did not train on Sunday and was complaining about the strain of playing this tournament followed by the end of season tournament in London. Usually when a top player speaks negatively about an up coming tournament it can mean he is not planning on going too far in it… Mentally anyway 😉

There were also suggestions that Djokovic was feeling ill leading up to this match but was pressured into playing due to the fact that they were already lacking star names in Nadal & Federer.

With all that in mind, the collapse of Djokovic was not that shocking even after winning the first set 6-0 and going 2-0 up in the second set.

Djokovic started the match @ 1.15 favourite and after such a strong start it was not a surprise to see him trade @ 1.01 for over £77k.

However, it looked like the illness began to catch up on the Serbian and Querrey managed to get the win. This was after trading as high as 300-1 in-play!

I am a firm believer that learning to handle a bad day is what can be the difference between being a successful and unsuccessful trader. The simple fact is, in this game you WILL have bad days. Its not all sweetness and light, despite what some people will have you believe. BONUS: Discover the Cash…

A question I often see being asked and also get asked myself is… “Does Laying the draw in football trading still work?”. When people first set out trading football it is normally the first strategy they learn, however it doesn’t end up being as easy as it sounds. BONUS: Discover the Cash Out SECRETS that… 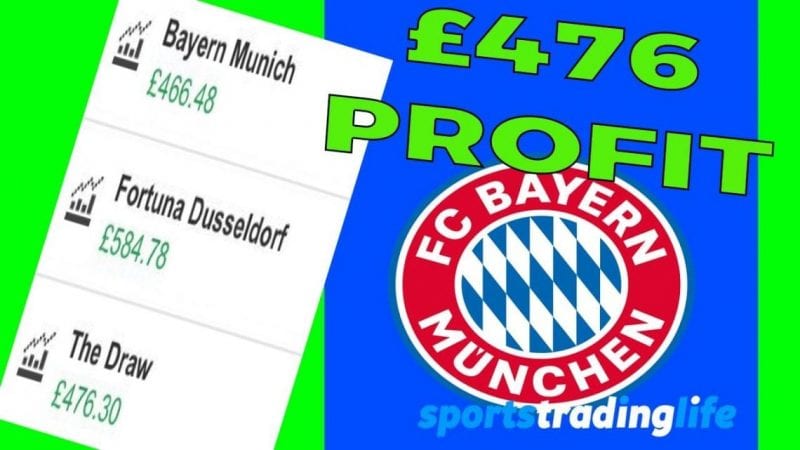 When trading a football match involving Bayern Munich last season I managed to turn £25 of risk in to £476 of PROFIT and this video explains how it was done. BONUS: Discover the Cash Out SECRETS that Betfair do NOT want you to know! 100% FREE eBook for you! CLICK HERE! I had many questions…