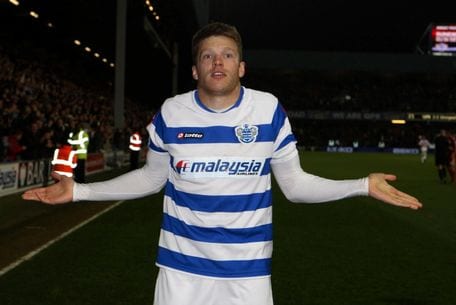 We are now getting into the time of the season when you will find certain teams have a lot more motivation to win a match then the other team. As we cruise towards the end of the season you will find some players on some teams are just cruising along also and are looking forward to their summer holidays. So when they come up against a team that is fighting for a title, champions league spot or to avoid relegation you can be pretty sure they wont be as motivated to get the win as the other team.

It is situations like this that can actually offer great opportunities as the markets can often be quite slow to notice these things which can cause massive movement before the kick off. Then even when the match is in-play you will there can be a lot of value to be had if you notice one of the teams aren’t that bothered. I remember highlighting a massive move on Barcelona last May as it was expected they would play a weakened side and then they didn’t which caused a huge steam. So you can look forward to plenty of second guessing going in the markets over the next month or so.

An interesting match this weekend which fits in with this theme is Sunderland-QPR. My ratings sheet suggests the price on Sunderland should be 1.65 for this match but it is strongly rumoured that Martin  O’Neil is going to be resting more then a few for this match ahead of his teams quarter final match against Everton next week.

So currently, you will see Sunderland priced @ 2.06 in a match they don’t really need to win since they are guaranteed to be finishing mid-table.

QPR are 4.2 and need to win since their premier league lives are literally depending on it.

I think you can see which team will be a bit more motivated for the win!

Sunderland will be playing Everton in this crucial Quarter final clash and this weekend Everton travel away to Swansea who have been proving a tough team to beat this season. Everton are also guaranteed mid-table obscurity so will they really that be interested in beating Swansea?

From a players point of view, will you be willing to push yourself and risk tiredness and injury against Swansea when you have a huge match just a few days away? Then potentially a semi-final at Wembley to look forward to?

Swansea are 2.30 to win this match and they are having the time of their lives at the moment and playing some great stuff. They will be wanting to put on a good show for the home fans, whilst I expect David Moyes will just be hoping Everton make it through with no injuries and will probably rest a few key players too.

Swansea dont “need” to win this one but you can bet they will be far more up for it then Everton.

So when you are punting on matches at this time of the season you really need to try and take motivation into account, especially when you see prices that might initially look over generous.

The game changes at this time of the season and you have to change with it!

The Mug is a loser. His loss stands at -£581 so far this season and the plan could be working perfectly. If he really is a Mug then he should be a loser in the long term and we could have a good free laying service here.   Below are his picks for this weekend,…