Its always nice to have a full Premier League round of matches during the mid week. It does bring me back to an unproven theory that often floats around betting forums about how matches that occur during the week are more prone to strange or shock results.

So lets take a closer look at the matches where the potential shocks could happen.. 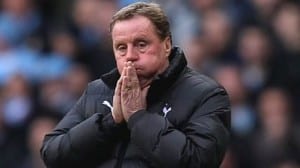 The main match that the shrewdies are looking to for a potential upset is Spurs V Wigan. Spurs are priced @ 1.24 which is probably about right on paper when you consider the gulf between the teams individually. However, it was only last week that Spurs were priced @ 1.25 when playing at home Vs Wolves and that ended 1-1.  In this exact same fixture last season, Spurs were priced @ 1.35 and ended up LOSING to Wigan 0-1! When you also take on board the Harry Redknapp disruption in the past week, you have to think that 1.25 is a little bit too low for a Spurs side who seem accident prone when they are such overwhelming favourites.

The Goals markets in the Spurs match look incredibly out of kilter also. Under 2.5 Goals is priced @ 2.60 currently and you have to go back to early December for the last time Spurs scored more then 2 at home. That was against the 10 men of Bolton. Recent home form suggests that teams are now going to White Hart Lane to park the bus and avoid a hammering which is working with West Brom & Sunderland recently visiting the lane and only coming away with a 1 goal defeat. So getting Wigan +1.5/2 looks like a decent handicap in this situation.

If trading in-play and you expect Spurs to start a little slow then laying them @ 1.25 from kick off and aiming to green up around 1.50 mark looks like a realistic trade to go for. There is the chance that Spurs could take an early lead but then you could just trade out instantly. There is also the chance that Wigan might sneak an early lead though and then you really will be laughing.

Taking on Spurs in this match might seem a little bit crazy, but hey I am the crazy trader and you have to think outside the box in this game. 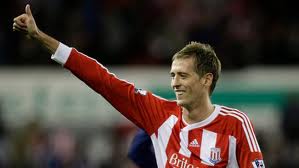 The only other really low price for this round is Man Utd @ 1.35 Vs Stoke. Its United at Old Trafford so, Yes, they will probably win but you cant help thinking the markets are overestimating United a little bit here. There used to be a time when Stoke were cannon fodder for the big teams when going to places like Old Trafford but times are changing and you have to now see Stoke City as an established Premier League force. This same fixture last season resulted in a win for the Red Devils by a one goal margin (2-1) and the Asian Handicaps at most bookmakers are offering a generous Stoke +1/1.5. So a one goal victory would still see you take the money.

So you get the impression the markets are expecting the Stoke of old to turn up at Old Trafford and get turned over but in reality it “should” be a hard game for the Red Devils. David De Gea is also expected to play tonight which could mean that a clean sheet is unlikely for Man utd when you consider the type of balls Stoke will be putting into the box, harsh but true.

United are also still struggling with injuries and its expected Nani will definitely miss out and Rooney will have a late fitness test but is expected to not be risked either. That does make you wonder where the goals will come from in this one and I am sure Sir Alex Ferguson would bite your hand off if you offered him another 2-1 win or anything else by a one goal margin.

My ratings sheet is also suggesting Liverpool @ 1.77 are too short and should be 2.10 and Arsenal @ 1.73 should actually be 2 Vs Bolton. Make of that what you will, but I certainly wouldn’t want to be backing those teams at odds-on when away from home and I would also suggest that not many would even be that surprised if Liverpool or Arsenal failed to win their matches either.

Anyway, Its going to be fun and I expect we will have more then a few talking points come Thursday morning.

Last night on Sky Sports we might have seen a new star being born before our eyes. And I am not talking about Gary Neville! BONUS: Discover the Cash Out SECRETS that Betfair do NOT want you to know! 100% FREE eBook for you! CLICK HERE! Whilst Gary Neville’s debut as the new Andy Gray…