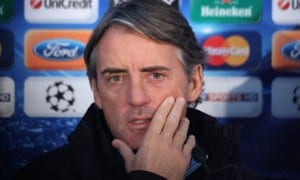 Well this is it! The first real night of drama of the 2011/12 football season is ahead of us and there are plenty of opportunities around.

Last nights round of Champions League matches were probably a mere warm up to the type of drama we might experience tonight with the fate of both Manchester clubs on the line.

Once again, with some matches being dead rubbers you have to be wary of backing teams that dont need to win.

Yesterday, we highlighted a few teams that didn’t need to win and only Barcelona @ 1.30 did win. From the highlights it looked like they did indeed send out their “under 12s” and its scary how good they looked. Really scary in fact!

If you backed AC Milan for the win last night you are probably fuming right now. They went 2-0 up Vs Plzen and traded as low as 1.01 in the 89th minute before two late goals made it 2-2. This is an example of what can happen when a team doesnt need to win the match. In any other game, you would have seen AC Milan close that match out for the 2-0 win but they clearly took their eye off the ball in the closing stages.

The Arsenal defeat seemed to have surprised a few on Twitter but it was no surprise to me. I highlighted yesterday that this was a match between a team that really needs to win against a team that doesnt care and it proved that way as Olympiakos ran out 3-1 winners. Olympiakos actually traded as low as 1.01 to qualify for the next stage however an amazing Marseille comeback changed things around there.

Chelsea (1.75) did need to win yesterday and looked pretty awesome in doing so. AVB changed his tactics, sat deep and hit Valencia on the counter attack. If he makes Chelsea play like that in every match then they will be back challenging again so it will be interesting to see if he abandons his old gung ho philosophy. 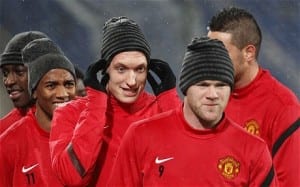 Man City @ 1.75 simply HAVE to win to stand any chance of qualification and Bayern probably dont care either way. The markets are already beginning to doubt if Napoli can actually win in Villarreal and they have drifted from an opening price of 1.80 up to 2 as I write this.

Real Madrid @ 2.30 is a dead rubber against Ajax. With El Classico looming on Saturday, I cant see Mourinho risking too much to win this. Ajax, on the other hand, would love a win over Real Madrid no matter what the scenario. I have noticed that the money is coming in for Real Madrid who were 2.50 last night as the casual punters probably think its a fantastic price but be very wary.

Man utd @ 1.76 have been drifting all week. The fact is that a draw will be enough for them to qualify. So if you are backing United for the win you have to ask yourself what will happen if its a draw with ten minutes left. Will they go all out for the win or will they be keeping the ball as much as possible? I expect the latter so you should be wary about backing them for the win in this type of scenario.

I have a funny feeling we are going to get some amazing drama from somewhere tonight. There should be some great low-laying opportunities going into the final 10 minutes if you have a team chasing a goal, or two goals like Marseille last night.

Good luck with whatever you decide to do!

There were plenty of red faces on a lot of punters last night as Russia were eliminated from Euro 2012 at the group stage. This was something hardly anyone saw coming and it certainly made for a really exciting climax to group A. BONUS: Discover the Cash Out SECRETS that Betfair do NOT want you…

If you are watching a football match and the ball goes out of play for a corner kick you normally feel the buzz of excitement from the crowd as everyone feels a corner kick has a fairly decent chance of producing a goal. However, recent research has actually suggested that corner kicks do not provide…