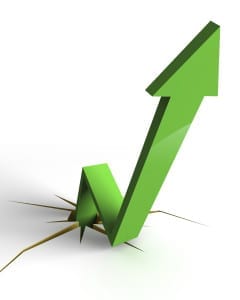 Those who are new to PRE-MATCH FOOTBALL TRADING often get frustrated at the fact that not every pre-match market provides the huge moves that they hope for. Some markets you might only make 5-6 ticks beforehand, but there are some that can provide moves of 10-20+ ticks or more.

So the big question is, HOW do you spot these markets beforehand? Is it even possible to spot the potential BIG moves beforehand?

So you should look out for matches that might include one or all of these conditions if you really want to grab a big move before kick off!

In all my time doing pre-match football trading on Betfair, I can safely say that nothing moves the markets like dramatic team news.

The more dramatic the better.

Down the years, key players being missing is something that can often produce 10+ tick moves and these are in the days leading up to kick off. Gerrard being missing for Liverpool, Rooney missing for Man Utd, Fabregas when he was Arsenal have all produced great opportunities.

However, what can produce the bigger opportunities is when there is a possibility of a weakened team being played or not played in some cases. Look out for situations where a team may be resting players ahead of a bigger up coming match, or in a cup match where they might not be interested in progressing or a group stage match where they have already qualified. International matches are also good for this since the exact team line ups can be hard to predict especially if the match is a friendly.

In these situations the markets are relying on the team news to try and work out how serious a team is taking the match. Only when the team news becomes apparent will you see the markets begin to move drastically if it goes against the consensus. This is what can cause HUGE moves of 10, 20 or more ticks. Just make sure you are on the right side of it 😉

One example that I remember was leading up to the 2011 Champions League final. Barcelona had already won their league and they played Malaga away. It was widely expected they would field a weakened team with Messi et al on the bench. Their price opened @ 2.50 for this match based on the opinion that the Barcelona team would be weak. However, during the day this price steamed in slowly and eventually they kicked off @ 2.04. The Barcelona team was weak but the big names like Messi and Iniesta played. This was a case of the markets expecting a weakened side but not actually getting it. Therefore, the team news was dramatic in that it was the opposite of what everyone was thinking would happen!

Something that is usually nailed on for producing a big move and can actually provide the easiest pre-match trades is when you have a team that really needs a win playing against a team that does not particularly need a win.
Look out for scenarios whereby a team HAS to win to win the league, to avoid relegation or to qualify for the next round of a tournament playing against a team that has no real motive to perform apart from pride. The public do not like to back teams that do not need to win a match but they love to back teams that know they MUST win since they can expect to get their moneys worth out of the performance. These situations usually always produce a pre-match price steam on the favourite who needs a win and you can get an even bigger move if it is the underdog who needs a win. 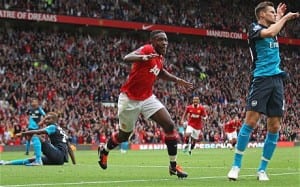 Every now and then you will get a match-up with a team that is in red-hot form playing against a side that is in very bad form. The team in red-hot form is the flavour of the month with punters and when a team is in bad form they are largely avoided by punters which can only mean that the price will move and move in one direction.

I have spoken before about the big price move on Man Utd before their 8-2 win against Arsenal in 2011. Arsenal were in terrible shape and Man Utd started the season flying. Man utd were backed in from around 1.75 into 1.33 by kick off that day in a pretty sensational price move. This price move was a combination of dramatic team news and form playing a part as Arsenal had several first team players missing at this point too.

So if you do want to try and only pre-match trade the matches that will produce the bigger moves then these are some good things to look out for. However, it is important to remember that these matches are often the most temperamental to trade and the moves can be pretty big in favour but they can also move against you in a big way too. So only attempt these when you have lots of experience.