We head into the final round of Champions League matches and there are plenty of reasons to be fearful. 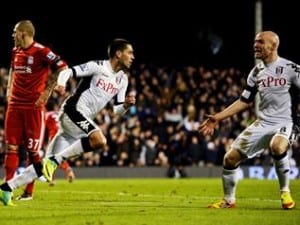 But firstly, it was a superb night at the Cottage last night with Fulham sneaking the 1-0 win against Liverpoool. I wasn’t watching the markets since I was in the stands but I expect that once the sending off came, the draw price would have been trading around the 2 mark which is yet another example of an in-play situation creating value once you saw how the match began to pan out after the sending off.

You might have thought that Liverpool would go on the defensive after the red card but they were still leaving players up the pitch and Downing even hit the post. This was around the same time that Dempsey hit the bar for Fulham and you have to ask if a goal is likely to come in this situation more then 50% of the time. With both teams going at it and one team down to ten men then its certainly worth a go. The goal came in the 85th minute and I expect the draw price might have hit 1.40 by that time. So, if you have the patience there can often be some really great opportunities late on in football matches when emotions are running high and other traders are panicking.

As we go into the final round of the Champions League there are some strange prices around and this is mainly to do with the fact that there are a few dead rubber matches with a lot of teams having already qualified. Therefore, you have to tread carefully. If you read this blog regularly, you will know that I always say “Never back a team to win that doesnt need to win”.

Barcelona @ 1.30 look generously priced BUT they have already won the group and face Real Madrid on Saturday which is a far more important match. Will their manager want to risk his big stars in this dead rubber match ahead of El Classico?? Barcelona will probably have a good enough team to win even if they put out the Under 12s but their is an Asian Handicap of BATE +2 floating around which might be worth taking.

The same can be said for AC Milan @ 2.40 who initially look good value  to beat Plzen, however they are doomed to a second place finish in group H, so you cant expect them to be busting a gut for the win.

Arsenal @ 4.3 is sure to be a red herring bet for the mug punters who dont do their research. Arsenal have already qualified and won the group, so its expected that Wenger will be sending out a shadow squad to Greece. Conversely, this is a MUST WIN match for the greeks if they are to stand any chance of qualification. So when you have a team that really needs to win, against a team that doesnt care then you have to say that Olympiakos @ 2 looks a decent bet!

Bayer Leverkusen @ 1.51 have already qualified so don’t really need to win, however they will want to win as winning will clinch the first place in the group for them. This will help them to avoid the big teams in the next round so you can expect that they will be going for the win there. So there are still times when a team doesn’t actually need to win but still has motivation for the win if you get what I mean!

With all these dead rubbers flying around it will be interesting to see just how many of these teams win when they dont actually have to. The pre-match Paperchaser trading should be interested as there could be some big moves right up till kick off mainly based on team news rumours. 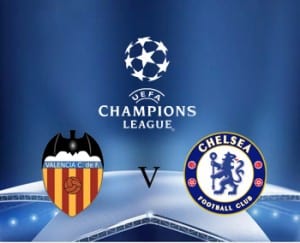 Match of the night

I doubt I will be trading in-play on the other matches but the match between Chelsea & Valencia will certainly be getting my attention. Chelsea have to win or keep it 0-0 to qualify. AVB has promised his team will never go on the defensive so you have to expect this one wont be ending up 0-0 and Chelsea will have to win the match outright. Chelsea’s price is drifting slightly in the markets and I will see how things develop this morning before taking my position but my ratings suggest Chelsea should be priced @ 2.20 for this clash so there could be some movement there.

Good luck with whichever positions you decide to take!