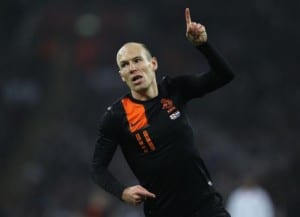 Well, if every England friendly is going to be entertaining as that then they should have them more often!

Like most of the nation, I sat down to watch England play Holland on ITV1 and then after about 20 minutes began wondering why exactly I was bothering.

I was seriously bored during the first half and thankfully, I am now disciplined enough not to start getting involved in matches for the sake of it as it was very tempting when seeing the sheer amount of action on the in-play coupon.

I finally came across an opportunity in the second half as, for me, laying Holland when the match went 2-0 seemed like an obvious move. Holland were priced @ 1.04/1.05 after they went 2-0 up and so I had a small interest and not the usual stakes. I expected England would rally and at least pull one goal back in the final 30 minutes so it looked like a situation that was worth the small risk.

I was then a bit disappointed in England’s response and the goal from Cahill which made it 2-1 seemed to come from the blue. When that happened I greened up instead of letting it run as I didn’t think England had it in them to actually equalise but boy was I wrong about that.

Unfortunately, I was still kicking myself at closing my earlier trade too early and didn’t even have time to react in between the equaliser and the winning goal. Perhaps I might not have even had time to green up? I hope so anyway!

Anyway, thankfully that is the last of the International Breaks for the season and its now time to focus in on the business end of the domestic campaign.

Its about to get really interesting!

In my time on Betfair I have seen 1.01 beaten in football plenty of times in-play but I am racking my mind to try and remember the last time I saw a team with a 1.01 starting price fail to win their match. BONUS: Discover the Cash Out SECRETS that Betfair do NOT want you…

With the Australian Open getting underway this weekend it is quite an exciting time for the tennis traders on Betfair. The winter break is now over and this is the first BIG tournament of the year. This means heaps of liquidity and the fact that every player wants to do well can also mean we…