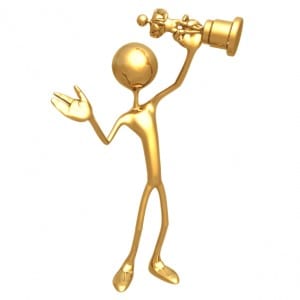 As we head into the end of 2011, its time to take a look back at some of the most popular posts on this blog in the past 12 months. This isn’t really an award ceremony but I thought it would jazz up an otherwise boring title!

I have listed them below and they are in order of the “Most Viewed” rather then anything else. So, the posts you will see below are ordered on their genuine popularity. This could be an interesting insight to see just what the people are interested in.

The number of views for the site overall  has been pretty amazing and I guess there are people out there who actually do enjoy my “rambling”. Massive thanks to those who have supported STL during 2011 and you can be sure that things will only get bigger and better in 2012!

Here goes, Every link you click will open in a new tab for ease of use 😉

These are the types of posts I really do enjoy writing and you can expect plenty more in 2012. In this we spoke about “averaging down” and there is still plenty more to cover in the future. Glad to see this was a popular post as I was worried it might have gone over peoples heads a bit!

This post caused quite a stir when I first published it. The long awaited Slicer bet was finally revealed but it certainly didn’t live up to the hype. Click the link and find out about this amazing story for yourself!

Really great interview with professional sports trader, Mark Iverson. It was actually the first interview I did on this site and glad to see it was so well received.

This interview was a bit more recent and I guess I shouldnt be surprised to see it is in the number 4 spot for views when you consider the title! The best thing is that Jim actually does reveal just what he was doing to make that €100k and its another really good read

Well, this is no surprise. Many people who get into Sports Trading often ask me about this man and there is always the debate about him being real or not. Well, read that post and decide for yourself!

2) September 2011 Interview with The Badger

This was a great interview and I am not surprised to see it as being number 2 in the most read posts for 2011. I was unaware of just how well known the “Badger” was within the Sports trading industry but I soon found out once this interview was published. A few comments within it caused quite a stir and had to be edited out, whilst some have caused quite a stir and still remain in there. Have a read for yourself anyway folks!

Really enjoyed writing this and it was a pleasant surprise to see that this was the most-read post of 2011. As most people know, pre-match trading is my forte and I have basically written about a few things that I had to get my head around in order to learn the markets. Now I know it was a post that was enjoyed so much you can be sure to see ones similar to this in the new year!

So thats about it. If you missed any of those posts at the time then you can easily view them now. Boil the kettle before you do that though! 😉

The Mug will have his selections up for the weekend tomorrow but otherwise I will see you in 2012!

There are many different ways to trade football on Betfair and when you are trying to create a strategy that works for you then you might often think about looking at other markets for “insurance”. For example, you might back a dangerous scoreline to protect against something like a 0-0 or 1-1 when laying the…

When you are trading football matches in-play you should also look out for, what I like to call, surprise goals as these can give you a great opportunity for profit. When a goal goes in against the run of play, you can often find the match eventually goes in favour of the run of play…

The Real Madrid-Man Utd 1st leg ending in a draw was not just a good result for Man Utd but also probably for the bookmakers as Real Madrid were heavily backed by punters across Europe last night. BONUS: Discover the Cash Out SECRETS that Betfair do NOT want you to know! 100% FREE eBook for…