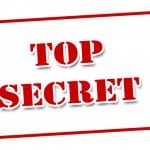 Today, we look at one of the biggest Betfair mysteries of all…

The mystery that has been the cause of endless discussion and debate online for years now..

A few years back, a user on the Betfair forum who went by the name of “Slicer” claimed to have discovered a method which would allow him to profit on football every time guaranteed. This is obviously the type of thing that many people dream about discovering and this sparked up a lot of debate across Betfair forums as people tried to work out the method.

Slicer was kind enough to leave a few cryptic clues as to what the method involved. You would be placing two bets before the match and then one further bet at half time if the game didn’t have a goal. If there was a goal in the first half then you will have won the bet and have no more bets to place. By doing this method you would win each and every time and there was apparently no limit to the amount of matches it worked on!

So what was the Slicer Bet?

Well this is why it is a mystery. Slicer never revealed the method and simply left everyone to try and work it out for themselves. The whole situation was pretty mysterious and many people considered that this whole thing was just a big wind up. If you had just discovered a way of guaranteeing money each and every time would you go and tell thousands of people and also give them clues on how to work it out? Not likely!

So what happened next? 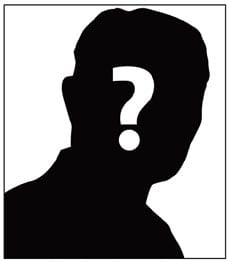 The discussions went on in the forums for many months. I know that at some point some members were considering having weekly meetings to discuss the whole thing! Eventually, one day the plot thickened slightly. A mysterious person who went by the name of “KMAbet” signed up to some of these forums and claimed to have discovered what the slicer bet was.

KMAbet actually just added more fuel to the fire as he didn’t actually reveal what the method was either. Instead he chose to just tell everyone that he knew what it was and sat there whilst everyone got even more frustrated trying to work it out.

Again.. If you had just discovered a method which guarantees you money every time would you go and boast on a forum to thousands of people and then try and “help” them discover it too?

If it was me, I would be milking every last euro out of the method before it became over saturated!

To cut a really long story short, the plot thickened and came to a head in September 2010. A mysterious person by the name of TheGlobber joined a place called WarriorForum and offered to sell the Secret Slicer method to members on there for $99 a time. Incidentally, the Warrior Forum has nothing to do with Betfair trading and seems to be about web design and marketing which is even more bizaare!

At first, everything seemed ok. He put the offer up and offered review copies to long standing members on the forum. The reviews all came back positive in the thread and it seemed that this could actually be the real thing!

However, very soon TheGlobber was exposed. He claimed the method was completely risk free but what he failed to mention was that it wasn’t actually risk free.

Then if 0-0 at half time you would have to lay an unlikely correct score at incredibly high odds. So for example, you could lay 0-3 to the underdog @ 70 in order to lock in your “risk free” profit.

It was also discovered that the “positive reviews” that the system had received had been paid for. TheGlobber was actually bribing long standing and trustworthy forum members into writing positive reviews for him!

Interestingly, it was our old friend KMAbet who exposed this scammer on that forum and he still claims to have the original Slicer bet in his possession. After that TheGlobber’s thread was closed and his site selling the method along with his forum was shut down. I expect he cut and run with around $20k in his Paypal account as there was a no refund policy!

Well, if Slicer had discovered a risk free way of profiting from Betfair then good luck to him but it’s really not worth losing sleep over. I expect if he did find a soft point in the market then the markets would have eventually corrected themselves over time anyway!

This will probably always be a mystery. It might be one that bothers many people but personally I don’t believe it and it’s not something I would lose sleep over!

In the mean time you can download the “Secret Slicer Bet” that TheGlobber was selling from here and have a read for yourself. Don’t try it at home though folks!