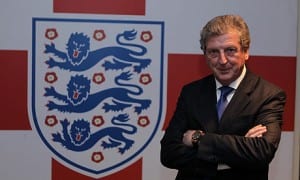 Yesterday Roy Hodgson was confirmed as the England manager which is a decision that has not pleased many people. Least of all those who backed Harry Redknapp to be the next England manager as low as 1.28!

Hopefully, if you read this blog regularly then you will have made no such mistake as I put forward a pretty good case for taking on Redknapp in this post and then a bit later in this post when the Redknapp price began to drift.

The main theory being that with so much time left till Euro 2012 from when Capello resigned, we would see the Redknapp price trade higher then the 1.28 price. Well, in the end it traded up as high as 1000 on Monday afternoon!

I took Redknapp on in the markets pretty early and also backed Pearce for the job. I then left ALL my green sitting on Pearce with £0 on all other outcomes since I thought it would be either Redknapp or Pearce for the job. It would have been a nice windfall once Euro 2012 arrived if Pearce remained as manager so I was slightly miffed when Hodgson did get the job but in hindsight I guess I should have covered on “Woy” too. He was available at a generous price of between 8-12 on average before the news broke on Sunday night.

Coming from Fulham, Roy Hodgson is a legend around these parts and we are all wishing him the best in his new job. However, I do fear for him if he does not get it right in Ukraine this summer. The backlash could be horrific!

Roy has a long term contract but I wonder what will happen if England get knocked out at the group stage in Ukraine and play as badly as they did in South Africa?

Interestingly, England’s odds to win Euro 2012 drifted from 11 to 12 upon the news of Hodgson’s appointment. Clearly, not everyone has as much confidence in him as the FA apparently do.

Competitive football makes a comeback from today with the Championship and also the German Bundesliga kicking off. The German league is certainly one of my favourite leagues due to the high goal rate. I can’t quite say the same about the Championship though as I feel its often one of the hardest leagues to predict….

Are sports trading courses worth it? Or are they scams?