You enter a trade and the price moves against you. Do you take the loss or do you be more aggressive and turn this potential loss into a win?

The similarities between Sports trading and the financial markets are quite uncanny but it’s surprising that many people don’t acknowledge this. There are some strategies that you can use on Betfair that are quite similar to those used on the Forex markets all the time and have been used for decades. One of those is often called “Averaging in” or “Averaging down”.

What the hell is Averaging Down?

In Forex trading terms, it would normally involve buying at a low price, then seeing the price go lower and buying more as you are obviously anticipating that the price WILL rise but you just aren’t too sure when this will happen. By averaging down you can bring your break even point closer to you so if the market does move in your direction eventually you can then get out and take no loss or even be more aggressive and make even more profits then you initially anticipated.

An example of a time I will use averaging down might be during a two-way event like a tennis match. I might lay a player @ 2.0 with £50 and aim to back them higher at 3.5 or above for a profit as I expect they will trade higher during the match. 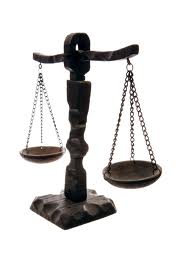 However, the player gets off to a good start and then trades as low as 1.50. You could get out for a loss at this point or you could be aggressive and add to your position. You could lay them again for more and average out the lay odds. So you could lay them again @ 1.50 with £100 (£50 liability) which means you have now moved your average lay odds on this player to 1.75!

So now you have effectively moved your break even point down to 1.75 and if the player does trade back up to that point then you can get out for no loss which is much better then hoping for them to hit 2.0 again to break even.

You also have the option of getting rid of some of your liability should that price hit 1.75 and then letting the rest of the trade run.

Obviously, if this player carries on playing well and starts trading lower then you run the risk of losing a lot more then if you would have just cut your losses earlier on. So this type of strategy certainly isn’t for beginners!

That’s something I certainly wouldn’t recommend trying at home but he has good success with it so I guess I can’t really knock it. This is a good example, of averaging down as he is buying lower and lower as he is fully expecting those odds to trade higher at some point when the goal is eventually scored.

Is he clever or crazy? Only time will tell I guess!

(Note: That isn’t his exact strategy but is loosely based on what he will do).

Is this strategy really a good idea?

This question is something which should be tackled in a whole new article. Many traders will often say that you should never add to a losing position and they may well be right. However, I would argue that if you have already planned for the maximum amount you can lose on a particular trade then surely it doesn’t matter if you add to your position?

The strategy of Averaging down is something that has been debated for many years in Forex trading circles. Some traders swear by it, whilst some aren’t too keen on the risk.

It wouldn’t surprise me if many readers have used this exact type of strategy without realising what it was called. I was doing it myself for a long while before I realised it was quite a mainstream technique!

As with doing any sort of trade, if you know the exact amount you are risking and have a set plan for it then you should be ok in the long run. If you are going to experiment with averaging down then be sure to do it with low stakes as these liabilities can add up quickly!