With a second day of tennis being washed out and no notable football action I was forced to spend my evening doing some browsing online, reading other betting blogs and also forums too. I soon realised just how many bullets I have personally been dodging recently. 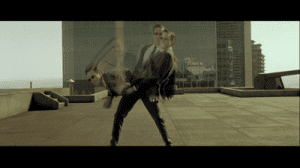 When I say dodging bullets, I mean avoiding bets which initially look good but went on to become losers. I had planned to back over 2.5 goals once it hit 2s in the England-Wales match however just being able to watch the action soon made me change my mind on that. Even just a year ago, I would have probably still went for it as all my research was pointing towards a high scoring match so at least I can see my discipline is still improving. It doesn’t matter how long you have been at this sports trading game, you can always improve!

There were some other similar examples over the international break which I won’t bore you with but it’s funny how dodging a bullet can sometimes feel just as satisfying as winning a bet.

I noticed Geoff @fulltimebettingblog.com dodged a bullet in the France match simply by checking the match stats at half time and very often that is all that is needed. You can look at stats and do as much pre-match research as you like but it all goes out of the window when the game doesn’t go how you expected. Pre-match his selection looked like good value but once the match went in-play and the teams were performing below expectations then potentially that value was gone.

Which leads us on to the next debate.. 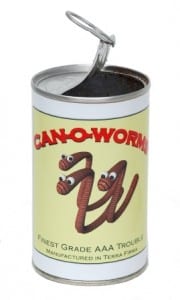 I also noticed that Cassini @ Green All Over slightly misunderstood my post yesterday. I mentioned that I didn’t bother laying England because I thought they would win anyway, but I think Cassini thought I was saying that the England lay was good value. In my view actually laying England in the match odds wasn’t good value as they were priced correctly according to my personal ratings. So it certainly wouldnt make sense to lay a selection that I think is going to win and that doesnt even represent good value either!

However, in my view Wales +2/2.5 @1.80 was value as I didn’t rate England’s chances of winning by 3 goals or more to be a 55%+ chance (rough maths). So, whilst value is always going to be quite subjective, I was still looking for a value price on the handicap.

I actually believe that if England played like that against Wales over the course of 100 matches then they wouldn’t win one of them by 3 goals or more! So 1.80 on something I think will always happen? I will have some of that!

This does start a whole new debate and open up a whole new can of worms though. Can a price still be value when the match goes in-play and the “value selection” isn’t performing as you expected?

For example, if Man Utd were priced @ 2 to beat Swansea at home then it looks like excellent value. However, if the match started and you soon realised that the whole team were struck down with some form of swine flu and could hardly stand up. Do you still back Man Utd @ 2 just because its value on paper? Or do you take the obvious variables into account? Would a Man Utd team with swine flu beat a fully fit Swansea more then 50% of the time? Having had swine flu myself, I really doubt it!

I am exagerating obviously but I am sure you get the point and it is something to have a think about, that is for sure!

The vast majority of my football trades that I do on Betfair are pretty routine and actually quite mundane. Usually just locking in small profits and moving on. BONUS: Discover the Cash Out SECRETS that Betfair do NOT want you to know! 100% FREE eBook for you! CLICK HERE! But from time to time I…

BONUS: Discover the Cash Out SECRETS that Betfair do NOT want you to know! 100% FREE eBook for you! CLICK HERE! Have a look at that image above as it is not something you see everyday on the Betfair markets. ———————————————————————– ALERT: Get 50% Saving on the Football Trading SUPER Bundle! This is the BIGGEST…