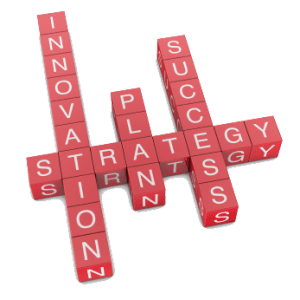 One of the most popular phrases that people are searching for when they find this site is “Betfair trading strategies”. This got me thinking, as it seems that many people are actually a little bit confused as to what a “strategy” actually is or should do.

A common question that people seem to be asking in Google is “any Betfair strategies that work?”. Well, they all work to some extent but it depends on your definition of “work”.

What is a strategy?

Firstly, the word “Strategy” is defined as a “plan of action designed to achieve a particular goal”. So as a Sports Trader it would be the way in which you enter the market with your goal being to achieve profit.

That is all it is though… A PLAN!

From reading forums and some emails, I get the impression many newbies don’t see a Strategy as just being a plan but as being some sort of “Guaranteed way of profiting”. It is something I come across often in my involvement with Total Football Trading. Someone will try some of the strategies and then wonder why they lost money on a particular match which went wrong. For example, if a goal was needed and it didn’t arrive or vice versa. They don’t seem to realise that a strategy is actually just a plan and not a guaranteed way to profit.

The reality is.. that there is NO guaranteed way to profit in trading. 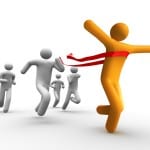 If there was it would probably be illegal or via some sort of loophole that wouldn’t last long either. There are, of course, guaranteed ways to profit via Arbitrage but that is a different game to this.

The reality is…. that having a strategy is just as important as selecting the moments to use it. I expect that its in picking the right moments that many people start to go wrong.

I regularly read sites where people discuss strategy packages that are available on sale and the amount of cynicism on those sites really is shocking. People go on to those sites and complain about systems or strategies “not working” which makes you wonder just what they were expecting from the strategy they were buying.

Then at the end of it, the shed I build might not be as good as the shed someone else could build but that doesn’t mean there was anything wrong with the instructions I used.

Recently, Peter Webb from Bet Angel hit the nail on the head in a recent blog post when he said…

“It’s curious how you can show two people a very clear strategy and yet while one person executes flawlessly, the other just can’t do it.”

I was recently reading the glowing approval that money making website More Money Review gave for Total Football Trading. You can read that in full here but save it till after.

I began reading the comments and the majority of the comments backed up the general positive opinion about the package however I then noticed one person began commenting saying “it didn’t work”.

Whether this person is real or just being a troll is a different story but it does make you wonder what someone was expecting if “it didn’t work”. Especially, when there are ten strategies included which should mean his comment should read “they” and not “it”.

It certainly makes me think that this person thought they were buying a guaranteed way of profiting and were obviously disappointed to find out that this wasn’t the case. In reality, you still have to put in work by researching the markets beforehand and assessing the situation too.

Then, on the same type of websites, you see the age old query… “If they were making so much money from their strategies then why are they selling them?”.

That would be a fair question if it was the holy grail on sale but with strategies all you are getting is a “plan”. 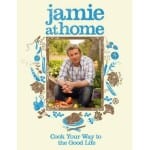 With that sort of logic, you should then ask…

If Jamie Oliver is making so much money from being a chef then why is he selling all his best recipes in recipe books?

If Alan Sugar was so rich from being a businessmen then why is he selling books telling everyone how he made it?

Anyway, I am digressing slightly from the main point of the article which is that you cant expect a strategy on its own to be what makes you money.

You still need to pick the right moments.

Just because a match might be within a certain odds range that a strategy is suited for then it doesn’t mean you HAVE to use that strategy in that moment. Assess the whole situation before you jump in as there are normally many variables to take into account other then just the odds range but it depends on the method you are using.

There is no “do this, do that and make money” type of strategy. Every plan will fail sometimes but the key is to finding ones which fail less then others and ones that will allow you to profit more then others.

To sum up, you should think of strategies simply as “tools”. Something that will help you to get the job done. The more tools you have in your tool box, the more equipped you will be to do a good job in most situations!

Following on from that analogy, there is another well known saying that we have here in the UK…

Well, in the context of this article, that couldn’t be more true! Think about it! 😉

As you can see, I pocketed a profit of £1 million for my days work yesterday. Not a bad day in the end and I only traded the ten races with my simple laying strategy that I can make available to you for the cheap sum of just £47 and you can become a betfair…

So today is actually going to be a guest post by Andy C who is the data scientist and the brains behind the Power Sheets. BONUS: Discover the Cash Out SECRETS that Betfair do NOT want you to know! 100% FREE eBook for you! CLICK HERE! Main reason for this is that many are asking…