It has been a while since our last edition of Big Betfair Mysteries but we are back with a bang and a look back at the “Maria Laying System” which took the gambling world by storm a few years back.

If you aren’t aware, the Maria Laying System story all began in September 2005 when a young lady by the name of Maria Santonix started a thread on the “Expert Betting Advice” forum where she would chart her daily lay selections. Threads like these are started everyday all over the World Wide Web but most end shortly after. However, this one was to last a total of 303 days and within that time she managed to turn her starting bank of £3000 into £100,603.78!!

This was a quite remarkable achievement but the whole episode was shrouded in quite a fair bit of mystery.

Just who was Maria Santonix?

What was her laying system?

And did she really make all that money?

As you can imagine, when someone on the Internet is making claims of fortunes made from gambling then you will attract your fair amount of sceptics and it was no different for Maria.

We have posted a video on Youtube which covers this subject in a bit more detail. If you prefer to watch a video then click here.

What was the Maria Laying System then?

Firstly, the “Maria Laying System” was never actually revealed. Maria never said why she was laying certain horses although she did mention that her father had several bookmaker connections that allowed her access to privileged information which she was using to lay the horses.

What Maria did reveal was her STAKING method and many got this confused with it being her actual system. Her staking method is outlined below and it is designed to enable bank compounding in an accelerated way.

This way of staking is actually truly excellent but it wont change a losing system into a winning one. This is something that many people need to understand before they try and replicate what Maria did. Maria felt she had a winning system for laying horses and so she used this staking plan to compound the profits and grow her bank. Something she certainly achieved by turning £3000 into £100,000 within a year!

Maria ended her thread with a remarkable 85% strike rate when laying at average odds of 6 over the 303 days. There is no doubt that it was the high strike rate which allowed the staking system to generate such great profits since if her strike rate even dipped below 75% she would have been making a huge loss.

So why the skepticism? 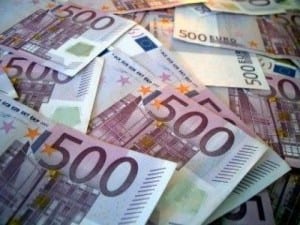 Something strange seems to happen on the Internet once someone seems to be making money.

People grow cautious and they expect that the paid service or product is just around the corner but to be fair to Maria she never asked for a bean. She actually consistently put her selections up on the board in good time before the racing began and the actual selections and strike rate were never in doubt.

The doubters began to surface as the stakes grew and it became particularly questionable as to whether Maria was actually putting money on the selections she was putting up and at which prices. For a lot of the frustrated forumites, Maria would put up that she had a lay of a certain selection at certain odds however by the time the post was made these odds were long gone. It was getting her lay bets in at such low odds which obviously helped her to make the huge profits that she did and many who followed her struggled to make the same money. For example, If Maria had a lay of a horse @ 4 but the forum members could only get on at 6 then they were risking a considerable extra amount.

So you can see why some people became sceptical. It seemed like Maria was constantly getting the best prices available for her lay bets when in reality you would have struggled to have been matched at those odds. Some forum members did check that money had been matched at the odds Maria suggested and it had. Whether it was Maria’s money, we will never know for sure.

It was quite clear that if you were laying to the prices available at the time Maria posted her tips then you would have made a considerable loss following the thread.

Is that it? Surely there must be other reasons for the skepticism?

Many people cast doubt over the true identity of Maria Santonix with some claiming she was a man. Not the transsexual type but simply a man using a female identity online. Some said it was a man called Adrian Massey who owned a well known horse racing website at the time. All these comments were pretty “out there” and didn’t have much foundation to them apart from pure guesswork. Someone even went as far as pointing out that if you took the first two letters of his surname and removed the first two letters of his first name then you have “MA-RIA”.

I really hope that person has a tin foil hat lying around!

Anyway, If Adrian Massey wanted to prove how good his selection process was then why do it under a fake name?

There was also an interesting point made about Maria’s nationality. At the time, she lived in Riga, Latvia in Eastern Europe. This does make you wonder just how her father could have been such as an expert on UK Horse Racing?

Then you also have to wonder just why Maria was able to write her forum posts in perfect English. Some would say she could write in English better then most English people!

There was also an interesting episode involving a “Rule 4” which should have affected the profit Maria made on that race however she still reported a full profit for those races when it should have been a reduced one.

Where is she now?

It seems Maria is still around and regularly posts on the Adrian Massey forum which has now been recently renamed “Marias Racing Forum”. This certainly adds fuel to the fire for the conspiracy theorists who claim that Adrian was actually Maria. Sources on the Betfair forum suggest she has also done a PHD and now plays Poker full time since her moment of fame back in 2005.

Maria has since tried a few similar threads with the last one we found dated in 2009 and ended in a heavy loss.

So was she a fake or not?

The only images available of Maria online are heavily edited so you can not clearly see her. There are no videos or high quality images available of her as far as we can see. Remember, in 2005 sites such as Facebook were not even invented yet so having your picture online wasn’t as easy or as common as it is today. Therefore, the fact there are no images available of Maria does not mean she is a fake. However, it is now 2012 and I am sure if Maria wanted to prove she was real then she could. For what it is worth, if you had just made 6 figures from gambling would you want your mugshot posted for the whole world to see?

Seeing what Maria looks like is pretty irrelevant since it still wouldn’t solve the mystery of whether she really did turn £3000 into £100,000. The fact remains that a lot of the reported prices simply weren’t there and near the end of the challenge it would have been pretty hard to get her huge stakes matched in the markets.

This is a mystery that I feel will never be solved. Unless Maria, herself, wanted to come out and show the world evidence then I guess it will always be constantly speculated till the cows go home.

A realistic explanation for all of this is that the thread was “paper only” with Maria simply putting up her selections on the thread with no money actually attached. This would have allowed her obtain pretty much any price she wanted without the hassle and would explain why the thread didn’t hold up to scrutiny near the end of its run.

If it is true, then its a fantastic story and something that is certainly very inspirational for other gamblers out there. However, for now this one will have to remain open to debate!

Sadly, the original thread has been deleted recently however you can download a free copy of the thread here.

We have posted a video on Youtube which covers this subject in a bit more detail. If you prefer to watch a video then click here.

Many ask about just which are the most profitable tennis trading strategies of all. BONUS: Discover the Cash Out SECRETS that Betfair do NOT want you to know! 100% FREE eBook for you! CLICK HERE! There are actually many different methods for trading tennis on Betfair and so in this video we wanted to demonstrate…