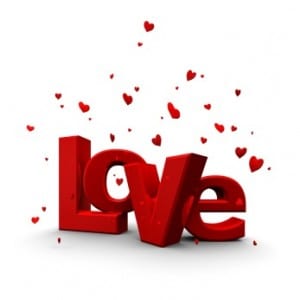 It has been suggested by “experts” recently that when we fall in love we experience a high similar to taking Cocaine!  So when you think about it like that, I can’t imagine many traders wanting to trade after taking Cocaine or any sort of drug.

Falling in love can actually be very dangerous to your trading and the scary thing is that many traders fall in love all the time. If you were trading yesterday, I expect you will have fallen in love at some point and probably not have realised it.

Love is a crazy thing and quite a hard emotion to try and control.

What am I going on about?

It happens all the time! You see an opportunity and get your money in the market. You are certain it’s only going to go one way, however it starts to go the wrong way. Instead of getting out, you choose to stay in as you are certain it will come right. Eventually, you have lost way more then you should have and all because you fell in love with the trade!

This happens a lot with football traders who lay the draw. They will enter the trade expecting the strong home team to score early and make them a quick profit. However, if they haven’t scored by half time then surely they aren’t playing as well as you expected and you should exit? If I entered a trade expecting a team to score early and there wasn’t a goal by half time then I would be out for sure! 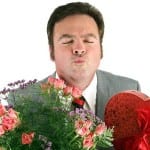 This is an example of falling in love with a trade to the point where it is hard to let it go. It’s similar to being in a relationship which isn’t working. You will know that things aren’t working out but you will try and give it time. Then you will give it more time. Eventually, you will go crazy and end up hating your life and your partner when really you should have called it a day a long time ago!

Another example, can be meeting a beautiful looking woman (or man) in a bar and falling “in love at first sight”. To you everything looks perfect and you can’t wait to see more of her (or him). However, as you begin to see more of this person you soon realise that their personality isn’t what you hoped for. You keep dating them and dating them because you remember how good they looked originally but eventually you realise you are just losing money on all these dates and its time to put in a stop loss!

How to avoid falling in love?

Its strange how similar trading can be to real life. Just like in real life, falling in love can be both a great thing but also a dangerous thing at the same time.

They say that “Love is Blind” and it seems that when you do fall in love with a trade you can often be blinded to what is happening right in front of your eyes. It is quite hard to offer any advice on how to avoid being attached to a trade for too long other then just to stay disciplined and stick to your trading plan.

We all know the saying “There’s plenty more fish in the sea”, Well there are plenty more trading opportunities out there too. Thinking like that should make it easier to terminate your losing trades when they come up, no matter how good they looked when you first saw them.

Anyway, next time you are in a trade for longer then you should be you need to ask yourself why? Chances are you have been blinded by love too and its time to call it a day with that trade and move on!

Some say that in life there are no mistakes and only lessons to be learned. This is partly true but thanks to blogs like the one you are reading you can learn from the mistakes of others in order to prevent yourself from suffering a similar fate. BONUS: Discover the Cash Out SECRETS that Betfair…

I do get many emails asking about the Football Trading Academy that is recommended on this website. The main question is usually asking about the “System A” strategy that Richard & Co use. I am definitely a fan of “System A” and use it regularly within my own trading portfolio. Remember, this is NOT Lay…

I often notice that many people start out sports trading and have the aim of going full-time right from the offset! It obviously sounds great as you can lead the life you want, wake up when you want and be your own boss, however I think too many traders are putting unnecessary pressure on themselves…

You will often find professionals advising that you stay away from distractions like Social Media when trading on Betfair. However, in recent years one particular social network has evolved into a MUST for any Betfair trader and that is Twitter. I am now big advocate of having Twitter open when I am trading and below…