I am fully aware that the Premier League season actually kicked off in August but my feeling is that the real football season only begins once we get over the first International break in September.

Going forwards we will have the Premier League in action almost every weekend along with Champions League, Europa League and the League cup in midweek also. The weather also gets a bit colder at this time which is what you associate with football more then the warm weather we got at the end of August.

We also now have  a bit of form to study with each side having played a few matches by now and the months of September and October are usually very profitable months for those who do their research since the markets can usually still be quite biased towards what happened last season rather then taking the current situation into account. 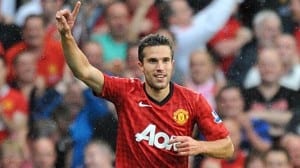 Looking at the coupon for this weekend and I noticed the Man Utd-Wigan fixture has cropped up. This is usually a walk in the park for Manchester United and the low price of 1.28 actually looks like decent value on the face of it.

My ratings suggest United should actually be 1.15 for this fixture. The 1.28 on offer seems to be because of the shakey defensive form they have shown so far this season and also due to the fact that Van Persie and Kagawa are doubts. If those two are announced as fit then the 1.28 should steam.

Manchester United have won this fixture by two goals or more 6 times out of 7 and actually won 5-0 last season. Currently you can back Man Utd -1.5 Goals @ 1.85. 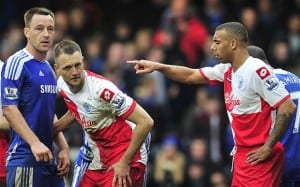 Chelsea @ 1.88 away to QPR appears to represent value according to my ratings which say Chelsea should be 1.60. This price could be influenced by the expected absence of John Terry and Ashley Cole however neither has been confirmed as missing yet.

If you remember this infamous fixture just under a year ago then Chelsea were actually 1.40 going into that one. Chelsea did lose that day but only after they were down to 9 men and even at that they still had enough chances to win.  These two then met in the FA Cup earlier this year and Chelsea were priced @ 1.55. They kept 11 men on the pitch this time and came away with a 1-0 win.

Then in April, these two met at Stamford Bridge and Chelsea @ 1.30 gave QPR a 6-1 spanking. When you consider that Swansea went to Loftus Road just under a month ago and came away with a 5-0 victory you have to wonder why the price on Chelsea @ 1.88, with a 100% record so far this season, looks so generous!?

The big question is whether the punters will see value in Chelsea too. If so there could be a huge steam ahead, watch the market movement closely on this one.

So it is always interesting to see the prices that were on offer for the same fixtures in the previous season compared to what is on offer today. This can be an indicator that the markets rate a certain team higher compared to last season or vice versa.

For example, Man City were priced @ 1.60 when they went away to Stoke last season but they only came away with a draw that day. Now you can back Man City @ 1.80 to beat Stoke.

The biggest discrepancy comes in the Monday night football. Last season, Everton were 2.40 to beat Newcastle at home. They ended up beating them 3-1. Just 4 months later and they are 1.80 to beat the Toon. Have Everton really improved that much since they last played or is that price an over reaction to the previous result?

So much to ponder but this opening weekend of the “real” football season is going to be very interesting..

The vast majority of my football trades that I do on Betfair are pretty routine and actually quite mundane. Usually just locking in small profits and moving on. BONUS: Discover the Cash Out SECRETS that Betfair do NOT want you to know! 100% FREE eBook for you! CLICK HERE! But from time to time I…

As the sound bite from the Sky Sports Cricket Coverage goes.. “We dont like Cricket… We LOVE it” and yesterday i was certainly loving it! Which makes a change! BONUS: Discover the Cash Out SECRETS that Betfair do NOT want you to know! 100% FREE eBook for you! CLICK HERE! Cricket isn’t high on the…