A really entertaining weekend and it was good to have the real football back on our screens once again.

The main headline will obviously be the slump that Chelsea are having at the moment. A similar slump to the one they had at this same time last season which is interesting. Watching Chelsea against Liverpool yesterday, I realised I hadnt seen Chelsea looking so vulnerable at home since they had Vialli as manager in the 90s. During the past decade there has been times when Stamford Bridge has been a fortress, Mourinho never lost there ONCE when he was manager over the course of three years and Andre Villas-Boas has already managed to lose twice in his first three months!

Should We Have Seen It coming? 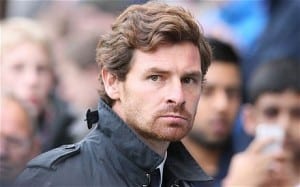 Chelsea were odds on favourite @ 1.91 to beat Liverpool and on paper that price seemed quite accurate and maybe even offered a bit of value in favouring the London side. However, something I have learnt in Football is to never ever put money on a team that is having a blip.

I rarely do straight bets on Match Odds but if I did I would want full confidence that the team I was backing was fully in form, with no behind the scenes drama and had a fully fit line up. Chelsea were coming into that match on the back of 2 defeats in their last 3 matches which isnt very promising.

Taking on and opposing teams when they are having a blip or a mini-crisis can give you a great opportunity. Most of the “Big” teams like Chelsea or Arsenal will still be priced as odds on favourites in most matches if they are having a blip or not. This is simply because punters expect teams like that to bounce back and they normally do eventually but you can still oppose them profitably until they do.

In football, momentum is a huge thing and one defeat or one victory can turn things around immensely. Chelsea werent doing too badly this season until they lost that match away to QPR. The same match that threw up this John Terry racism row which has clearly affected Terry himself and I expect some of his team mates too.

The next match they were priced @ 1.65 to beat Arsenal. A match they lost 5-3. In hindsight, can you really back a team @ 1.65 that has just lost its previous match and was experiencing off the pitch problems?

In my view, it doesnt matter if the price offers value you also need to judge if the situation offers value too. Chelsea’s price yesterday of 1.91 to beat Liverpool was actually a good value price since they should have been priced around 1.65 for that match too. However, with Chelsea’s recent results and the apparent grumblings in the press, the situation offered no value and in my view it was a bet to avoid.

Another example of a team that is having a blip at the moment is Stoke City. A few dodgy results recently, yet they were still priced odds-on against QPR @ 1.85. If you were planning to place a bet on Stoke to win that match then a quick bit of research would show you that they had lost their last 3 matches in a row in the Premier League. Most notably, including a 5-0 defeat to Bolton Wanderers of all teams!

So, can you really back a team to win when they lost their last match 5-0 to one of the worst teams in the league? The Mug backed both those teams to win, which tells you all you need to know I guess.

You should keep an eye out for teams that are having a tricky time as even two defeats in a row can signal a blip (or a crisis according to the media). Its quite hard to get out of these blips and this can lead to a good opportunity to take on some teams that are priced too short.

Just, bear in mind that a “blip” really is just a blip and doesnt last forever. Arsenal had their blip earlier this season but you wont catch me opposing them at the moment thats for sure!

Plenty of action ahead for this week, with an enticing match from the lane tonight between Spurs and Villa along with Champions League action too!

Its good to have the real football back!

A summer without a major tournament always seems twice as long for a football trader and I am eagerly awaiting the next 10 months of entertainment and the usual controversy that goes with it. Currently, the Betfair Football In-play coupons are a minefield with so many friendly matches happening. BONUS: Discover the Cash Out SECRETS…