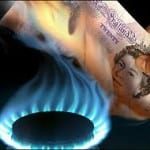 A great Saturdays trading on the football from a personal point of view. Goals galore in the English premier league and goals, especially late ones, are perfect for my own personally devised trading strategies and getting late goals are a nice bonus when they come in. Bolton, Man Utd, Fulham and Sunderland all obliging late on. Yesterday’s match between Bolton and Spurs was brilliant for me with 4 goals scored in the final twenty minutes.

Whilst it was brilliant for me it was surely quite the opposite for one particular Betfair trader.

I was trading the first half of the Bolton Spurs game and it started quite lively so I decided to go for a straight lay of the half time 0-0 score. However, what normally happens when I go for those types of bets is that the match turns into a bore stale mate which was exactly what happened until Kevin Davies popped up to save a bad start to the day for me. Whilst I was shouting and celebrating I am pretty certain that Betfair failed to suspend the match odds market. Perhaps they did, or maybe they didn’t but one punter managed to back Spurs for £81k even though they had just conceded a goal. If you look at the image you can see the money on the right that was matched at Spurs starting price of around 2.42 and then the mysterious £81k matched all the way down to 1.59.

The only rational explanation I can think for this is that someone pressed the wrong button and thought they were backing Bolton at that price and not spurs, or perhaps it was a poorly programmed robot that just went crazy? Either way, it’s a disaster for somebody as I can’t imagine anyone trading on Betfair who can really afford to lose £81k! Whoever managed to lay spurs at 1.59 must have been laughing all the way to the bank on that one!

Also, this match between Spurs and Bolton was a key example of why you should do your research before trading or betting on football. From reading forums on friday and saturday morning there were plenty of people lumping on to spurs following their fantastic win against Inter Milan. However, a quick look at the head to head record between the teams would show you that Spurs have NEVER won at the Reebok stadium before. They also haven’t beaten Bolton away since 1996. So with spurs priced at about 2.50 pre-match it was a no-brain decision to lay them and not back them. A price of 2.50 on something that has never happened before? I will oppose that all day!

Talking of Inter Milan, regular readers will know just how much I think they are overrated and last night they were priced pre-match at 1.29 to beat lowly Brescia at home. They failed to win and only managed to get their equaliser thanks to a dubious penalty! 1-1 was the final score in that one.Laying Inter Milan this season at those ridiculous prices could be the new cash cow!

Quick mention on this match. At the time of writing Chelsea’s price is 2.26 which is just crazy! I would rate them at being around 1.80 to win this match. They were priced at 1.80 last time they played at Anfield in April in a game Chelsea won comfortably 2-0. Since then, Chelsea have got BETTER and Liverpool have got WORSE. So if ever there was value to be had it’s in the Chelsea price today! However, I hope for the good of the title race that Liverpool do get something from it!