If you really want to make the step up from struggling punter to professional then you need to get into the habit of analysing your trades both good and bad. The top sportsmen in the world all work hard at their game by analysing videos of their past performances and working on improving their weaknesses as well as maintaining their strengths. 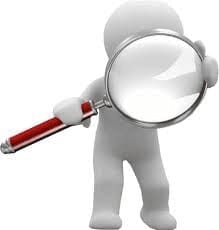 The average punter will just do a trade, look at whether they made money or not and then just move on to the next one without actually digging deeper into what they just did. This is a mistake.

So here is how you should analyse your Betfair trades and this is a great exercise to do on a quiet day of the week with not much action. I really can not stress just how important this is if you want to improve your Betfair trading and begin making money!

Why Did You Get In?

Look at some of your most recent trades whether in-play or pre-event and ask yourself the question of WHY you decided to get into the market. List all the reasons which told you to open that trade. Hopefully, when you do this for a few trades you will begin to notice a pattern develop. Maybe on the losing trades there was not enough good reasons to get involved? Perhaps those trades you won easily you had lots of good reasons to get involved? Maybe there was one particular reason for getting involved which usually resulted in a winning trade. You will not know for sure until you actually get down to analysing.

What Did You Do Right?

The next question to ask yourself is what you did correct within the trade. Do not make the mistake of thinking that just because you made a profit that you did everything right as it is not as simple as that. Be honest with yourself and list the things that were right about the trade. Do you believe you entered at the right time? You exited at the right time? You staked the correct amount?

TIP: – If you are being ruthless with your analysing, then usually there should be hardly anything you did right with any trade as no trader is perfect 😉

What Did You Do Wrong? 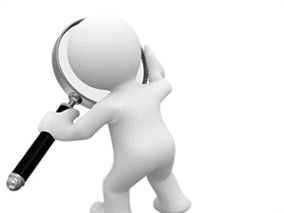 This is the crucial part.

List down some things you think you did wrong with the trade. Usually, this might be getting out too early, or staying in too long. Make a note of just what you should have done in this situation with hindsight. For example, you might decide that in a similar situation you should actually go for twice as many ticks next time. Or, you might feel that next time it is better to get out earlier.

Sometimes you lose trades for situations out of your control. Penalties missed, red cards and so on. Anything can happen in live sport. Just be honest with yourself about whether or not there is anything you could have or should have done different.

Would You Make The Same Trade Again?

This really is the BIG question.
As I keep stressing, just because you had a winner on a trade does not mean it should be a trade you will be repeating. Through your own analysing it is important to be as ruthless as possible.

For example, you might have just won that trade but was you just lucky that one time and it was actually a silly move that would probably cost you money in the long term? If so, then answer this question with a NO.

Even if you lost a trade, did you feel that you got in at the right time and made all the right decisions? If so then the answer is YES. You should absolutely make that same trade move again if you feel it is long term profitable.

There has been some great matches on the WTA side of the tour in the past week. Matches great for trading that is… BONUS: Discover the Cash Out SECRETS that Betfair do NOT want you to know! 100% FREE eBook for you! CLICK HERE! This time of the year is actually my favourite time when…

There is always a long argument between those traders who use technical analysis (charts, trends etc) to identify their trades and those who use fundamental analysis (team news, team form) to identify potential pre-match trades. BONUS: Discover the Cash Out SECRETS that Betfair do NOT want you to know! 100% FREE eBook for you! CLICK…

Should you join a sports trading service that offers you tips via subscription? BONUS: Discover the Cash Out SECRETS that Betfair do NOT want you to know! 100% FREE eBook for you! CLICK HERE! This could be a subscription of a weekly, monthly or annual cost and I am sure we have all seen them…