Murray comfortably through to the semi-finals of Wimbledon and with Federer going out in the quarter finals this is surely a great chance for Andy Murray to be first British player to win Wimbledon since 1936. He has to play the mighty Nadal in the semi-finals but if he can beat him then surely he can beat anyone in the final? 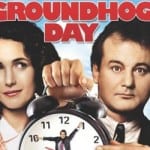 That above paragraph could have possibly been written exactly this time last year as the scenario is almost exactly the same. Federer had just been knocked out in the Quarter finals and with Nadal not quite playing at his total best, everyone felt Murray had a great chance of winning it. However, as we all know he was eventually comprehensively out classed in the semi-finals by Nadal who went on to win it. Swap Berdych for Tsonga and we have a very similar set up to the semi-finals of 2010!

So will it be the same again this year?

Well from a personal point of view, I do hope not. We don’t get much to cheer about here in the UK, and seeing Andy Murray win Wimbledon would be great for the feel good factor. From Murray’s point of view, I always feel that once he wins that first grand slam he can go on and win more then a few.

That being said, the odds on Nadal to beat Murray are currently 1.55 and my eyes lit up when I saw how the market had priced them this morning. I don’t have a tennis ratings system but I would have expected Nadal to be around 1.30 for this so backing Nadal looks like something I might just have to do! Hopefully, I can go all green on Nadal in the first set then shout “Come on Andy!” for the rest of the match!

Probably one of the best performances of the tournament has to go to Tsonga. Beating Federer is never easy but to do it from 2 sets down is something else! With Federer 2-0 up going into the third set he began trading at 1.01. Federer had NEVER lost a match from 2-0 up so I guess even 1.01 would have seemed value!

Over £40k was matched at 1.01 with millions being matched up to 1.10 on Federer before the amazing comeback began. I mentioned Tsonga amongst my four potential dark horses for the tournament at the start and I did say his odds were 50 at that point. By the time I got my money (£5) on he was @ 80 and then I saw him trading at 110 in the first round so I threw another £2 on.

With my other three dark horses being eliminated my Wimbledon winners trade was messed up slighty so I am now hoping that Tsonga can somehow overcome Djokovic and reach the final. Check the screenshot below and bear in mind that my investment on the four players was around £20 in total and 2 of them were knocked out early, yet my money has still been protected. I could probably green up for around £40 altogether but I would rather hold out for a potential bigger win if Tsonga pulls it off. This type of trading is something the golf traders do every weekend and its something I need to look into doing more as you can potentially make huge profits for a small investment.