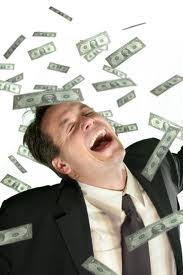 It’s not everyday a 1000-1 winner comes in on any sport on Betfair. 1.01s get overturned all the time but its not often a price gets matched at 1000 and then goes on to win but when it happens it normally causes quite a stir on the Betfair forum. Unfortunately it wasn’t me, but one punter (or maybe a robot?) managed to get £7 matched at 1000 on the Sunderland 3-0 score line against Chelsea. A shock result maybe but really worth 1000-1? What I think happened was when the first goal went in someone made the mistake of thinking it was Chelsea who had scored and put up a price of 1000 on Sunderland 3-0 thinking it was now an impossibility.

It wasnt just at 1000 the scoreline got matched at, I saw money matched at 800,700 & 500 so some people were making some nice money on that one and I fully expect they would have traded that at the lower odds. To be fair if anyone had asked me to bet on sunderland to beat chelsea 3-0 before the match I would have wanted a million to one not a thousand!

There were some really weird results flying around this weekend. I had a bad Saturday made up by a good Sunday and that was mainly due to being stung in the West Ham – Blackpool game. A game which promised loads of goals somehow finished goalless and if you have seen the highlights of it you will be scratching your head on that one like many people were. Then at the same time another game which promised goals was the Man City game and that ended up goalless too.

Weird weekend all around, with even Ian Erskine’s football trading system selections managing to find two losers out of four after being on fire so far this season. I don’t follow those myself but I know some follow those religiously so might have been a losing weekend for many. However, even if you have a losing weekend you need to remember it’s the long term that matters. If you stake correctly and have an edge with your own system then having a losing day or weekend shouldn’t really affect you too much.

I forgot to come on the blog during the day yesterday and tell everyone to oppose Inter Milan. Regular readers will know exactly how overrated I think they are and yet again punters hammered the price in on Inter Milan to 2.50 over the weekend against AC Milan. AC Milan duly beat them 1-0 even with ten men for a lot of the second half too and still Inter couldn’t manage to score. As long as the markets keep pricing Inter so cheap I will gladly be opposing them all day long! Until they turn a corner and start playing better anyway….

The screenshot shows the same screen that many Betfair traders were left staring at for many hours from Saturday afternoon going into the early evening too. Betfair was down! Actually that screen shot is quite generous as most of us simply had the “sorry for the disruption” message up. BONUS: Discover the Cash Out SECRETS…