You are here: Home / Latest / Confessions Of A Premium Tipster 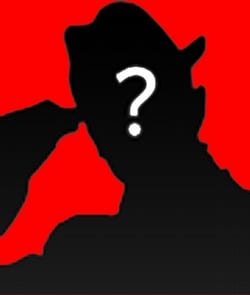 We all see tipsters popping up all over the place offering their tips and advice in exchange for a fee of some sort. There is no doubt that there are plenty of scams in this sort of industry but there are some genuine profitable tipsters around too.

Today we speak to a profitable premium tipster who has recently decided to get out of the game.

Find out why he decided to become a tipster in the first place and just why he is packing it all in after 4 years!

I guess we should start at the beginning. Just why did you decide to become a tipster who charges money for his tips?

I honestly never thought I would end up in this position but I was sort of forced into it. I started out by giving out my tips for free on Football. First on a forum then I moved it over to a blog. I did one season and ended up in profit and I was very popular with everyone. However, at the start of the second season I went through a bad spell. I ended up getting all sorts of abuse from my “loyal subscribers” so I put a notice on the blog to say I would cease the picks. However, some stuck by me and suggested they would pay for the advice. So I set it up via Paypal and invited people to subscribe to my picks for £10 a month initially.

This is interesting to know. Many will ask why you would charge for your tips since you could just make money from your bets anyway. Did you have that?

Yes I certainly did have people calling me a scammer, especially on Twitter which I removed myself from. In the end, I made a good profit that second season but only had around 40 subscribers. So an extra £400 per month was nice but I began to realise the reasons why I should charge and charge more for my advice.

Firstly, there was the pressure of getting the tips up in time for the matches on the weekend. I have a normal job, a family and a social life also. It became quite a chore to have to do my write ups every Thursday ahead of the weekend whereas when betting for myself I would just choose my bet and not have to justify it to anyone. Once I made my second season profitable I decided to increase my fee to £40 per month but this did change things somewhat.

Really? What sort of things happened?

Well, I increased the price to new subscribers to £40 per month and I had an affiliate on board who brought in some new subscribers for me. The fact I was now making good money from the tipster side of things actually kept me going with it. As mentioned, £400 per month was not really here nor there for me but now I was actually making the equivalent of a full time living from doing the tips along with my other business interests in life. For the first time I was actually looking at tipping as a business. I had a sales page done by a professional. The flashy ones with a nice car and house which I hate but apparently this is what worked. I admit the house and car on the sales page were not even mine yet the wording never suggested it was mine. Pretty clever in a way but also quite misleading.

So it sounds like things were going well, then what happened?

I think that once the price increase happened and I got used to having this extra income every month then I started to look at things differently. This was previously a bit of fun and I could make the same picks that I would usually make. However, now the money was significant I began to question my picks simply through fear of losing subscribers and hence losing money. This led me down a slippery slope.

I went through a bad patch during the 3rd season and saw some subscribers cancel. This would then make me second guess and question my own selections. I would then be extra careful with the next weeks picks and leave out some of the “long shots” I would usually go for. However, this just made things worse. The picks I would leave out would be winners but the safe ones would end up losing. 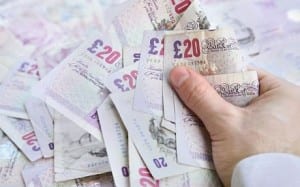 What happened in the end?

Well the 3rd season started off well but I never recovered from the bad patch and we ended up at a significant loss that season. In hindsight, this was simply because I changed my methods due to the pressure I was under. If I had stuck to my original methods I would have had a much better season.

The worst part about it was the guilt I felt about it all though. I felt terrible about losing my own money but even worse about my followers losing their money also. I never bargained on this happening since I was so confident that I would always profit by the end of the season despite some turbulence along the way.

How did your subscribers react to the losing year?

I must say the majority were actually fine with it. I was open in an email about why I think things failed that season and my longer term subscribers were perfectly cool. The newer subscribers had never been with me for the previously profitable seasons and so they were not so cool. I had some terrible emails which made me feel even worse.

I had one guy say I deserved to die for what I had done. I was accused of being a scammer. I had one guy say he had lost over £20k because of me and so on. I really felt like packing it all in at that point.

So what made you continue and go into a 4th season?

Well, it was the fact that I knew where I went wrong. I altered my methods and tried to be more selective. I decided to just get my head down and go through the 4th season with whoever was still subscribed or joining up.

So this was last season and this was your final season as a tipster? How did it go?

That is correct. I am pleased to say that it went a lot better last season and I made a good profit. I realised the best way to do my tips was not worry about what my subscribers will think about the tips and not to worry about what will happen if I get it wrong. I figured this would probably be my last season doing it so the pressure was not so hard. It was just a change of mindset that got me back in the green again. 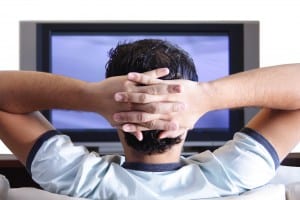 Why did you decide to give it up?

Quite simply, I can not handle the stress of it. I love football as a sport and being a tipster was actually ruining the sport for me in an ironic way. I can handle having a bet with my own money and I can still enjoy the match even if that bet loses. However, watching a match I have done a tip for and knowing there are lots of others all with money involved because of me never made me feel good. My wife would notice my mood swings if a result did not go the right way and I realised this was not a healthy way to live my life.

Small things like watching Match Of The Day or reading the morning paper were affected if the results had been bad. I would avoid Match Of The Day for sure if things did not go well during the day. I would shut myself away from football in general which was a sad thing to do as it is a big hobby in my life. Now I am out of the game I can get back to enjoying football like a normal punter and not have the stress.

I appreciate that there are probably some tipsters out there that do not care if they win or lose as long as they make the subscription money but I can definitely say I am not one of them.

That is interesting. What were some of the positive things about being a tipster?

I did meet some great online friends who also had a strong interest in football and it was great to reach out to fellow punters in that way. Most of my real life friends think of gambling as being evil so I never mention it much to them.

Also, there were plenty who I did genuinely help and did make good money with me during the time. It was very nice to get emails from those who genuinely did appreciate my efforts. I had a loyal subscriber send me a bottle of champagne at the end of the second season as a thank you.

Any interesting stories or observations about being a tipster?

Just the fact that so many people were so quick to jump ship after a tricky period. I would regularly see people sign up before the weekend and if that weekend was a losing one they would cancel come Monday morning!

One story sticks out whereby I had a guy sign up right before a very good period where I was running hot. I think like 9 out of 10 bets won in a row and he emailed me saying he thought the service was amazing. I made a point of telling him that it is not always this good and not to expect that strike rate every week. The next weekend, we had a losing weekend with 4 bets of 10 winning. The next day he cancelled and I never heard from him again. Examples like that make me realise that so many punters out there expect non-stop winners and instant riches from these things when that is simply not possible!

What about the subscribers in general? What were they like?

The majority were brilliant and very understanding. Most knew how the game works and not to expect every bet to be a winner. Unfortunately, it is the minority that helped make it a misery for me.

I had a subscriber who would question every losing bet I had. If I made a pick and it lost he would email me telling me why it was a bad pick and what I should have considered instead. However, he would only ever email this information AFTER the bet had lost and never before. It is always easier to be right with hindsight I guess!

Do you think you will ever be tempted out of retirement and back to the tipping scene?

Only once hell freezes over! I have had my time with it but it is not something I would ever feel good about returning to and getting involved with. Now I can actually look forward to my weekends full of football action rather then dreading it knowing a bad weekend will give me an inbox full of abuse on Monday morning!

Well thanks for revealing some interesting information there. I am sure the readers will be interested to discover what life is like on the other side of the coin!