This is a guest post written by The Secret Betting Club team. You can gain exclusive access to secret winning systems, strategies and the very best tipsters by becoming a member. For more information check out, https://sportstradinglife.com/secretbettingclub 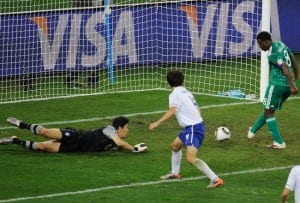 It’s fair to say there can be nothing more frustrating when betting on football than backing a team at a big price you fancy to do well, only to see them pegged back by a late equaliser.

After all, it can be the difference sometimes between losing the bet entirely or a 10/1 winner, with no middle-ground for ‘nearly being right’. Imagine being a punter with a 12/1 bet on West Brom to beat Chelsea a few weeks back – that sickener of a last-min dubious penalty for the home team will have cost you big time!

The good news is just like as racing punters we can hedge our bets and go each-way, so too can we with football betting thanks to the Draw No Bets markets, which when done right, can actually be quite lucrative.

Sometimes they can even be more profitable than simply betting to win as I will detail shortly, but first of all a quick explanation about these markets for those unfamiliar…

How To Cover The Draw

The Draw No Bet concept is quite simple – you are backing one team to win the game, but in the case of a draw, you will get your stake back. It’s effectively ‘draw cover’ and can easily be found using odds comparison sites like Odds-Portal

Just to confuse matters, it is also the same bet as what is termed a 0 Asian Handicap by some bookies as well. It doesn’t matter which name you give it, it’s the same concept and should the game end in a draw, you get your stake back. My advice is to check the odds offered in both markets and take the best price.

You can get some really good odds in the Draw No Bet market and often not much lower than by simply backing a team to win the game outright.

Taking the recent Liverpool – West Ham game as a good example, where you could back the Hammers to win the game at a best priced 12.05 with Pinnacle Sports. Looking to the Draw No Bet market, you can also still get good value as Bet Victor were offering odds of 9.50.

12.05 to win or 9.50 for the same bet but with draw cover? There is not a huge difference in the odds and often it can pay to go with the latter as these next stats reveal.

All season long we have been tracking the performance of those bets, which are ‘value qualifiers’  for our in-form Fink Tank System.

So far this season across all 4 English Leagues if you follow the system without any filters, there would have been 1390 bets in the first 3 and 1/2 months of the year. (Admittedly that is a lot of bets but you can easily cut this down with some suggested filters described in the free download if needs be).

As the above table reveals, this is down to a higher strike-rate of 34.67% compared to 29.85%, whereby the extra 4.82% comes from those bets where the draw cover has helped.

The extra profit is also revealed by the higher Return on Investment at 7.54% compared to 6.98% so whichever way you look at it this season, it has really helped!

When you factor in the relief that comes when a big priced bet is scuppered by the draw, it can also help such as in the Chelsea – West Brom game, which I actually gave out as a Draw No Bet to followers. I can’t tell you how relieved I was to have the draw cover on that day!!

So next time you fancy a team at a big price, make sure you check out the Draw No Bet odds – it could save you a whole load of heartache!

Hi guys, BONUS: Discover the Cash Out SECRETS that Betfair do NOT want you to know! 100% FREE eBook for you! CLICK HERE! So a quick update on everything related to the brand new football trading course with some good news and bad news below… ———————————————————————– ALERT: Get 50% Saving on the Football Trading SUPER…