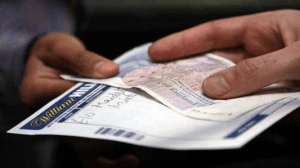 Match fixing in football has been in the news recently as you may have noticed. It is much more significant then usual due to the fact that this is happening on home soil and that matches at levels as high as The Championship might have been influenced in some way.

This has led to quite a fair bit of over reaction by those who have not actually read into the details of the story.

The main thing to take into account is that this is actually spot fixing rather then match fixing. So far it seems like it is just players fixing yellow cards which does not really influence the overall result of the match. Unless you punt on the “Shown a card” market then this should not really affect you in any way.

We will see what develops with the story but there is quite a lot of what I have read that does not make total sense. It is pretty hard to find a market for a player to be booked in a lower league match and certainly hard to find one that would accept over 4 or even 5 figures. You could argue that these bets were being placed in Asia where you can easily get bigger sums on an event but even in Asia it is doubtful. An Asian bookmaker, legal or not, would have to be pretty dumb to want to accept a £50k+ bet on Joe Bloggs who plays in League 2 getting a Yellow card.

The whole thing is quite strange but it is not something that many Betfair traders should be worried about. There have been plenty of conspiracy theories down the years about certain matches being fixed but the reality is that, certainly at the highest level, it is something that is very hard to pull off.

To fix the result of a match you would need several players to all be in on it and while there are some players that might need the money you can trust that the majority do not.

Spot fixing is another kettle of fish and something that can easily be fixed but these will usually be only things that can not affect the result. If you are sensible you should not be getting involved in such markets unless you had inside information anyway.

To sum up, unless something comes out where we discover a match result or a total number of goals has been fixed in a top level match then there really should be nothing to worry about from a Betfair trading perspective.

I would not want to be in the shoes of the players involving in the spot fixing though!

Today we have Steve from Goal Profits on the blog to tell us how he approaches trading a new football season as it can be quite tricky when you are not quite aware of form and the major changes in each team. BONUS: Discover the Cash Out SECRETS that Betfair do NOT want you to…

If you remember this recent article about improving your in-play betting there was a point made within it about “thinking like the manager” and this is something that more punters really should be doing. BONUS: Discover the Cash Out SECRETS that Betfair do NOT want you to know! 100% FREE eBook for you! CLICK HERE!…