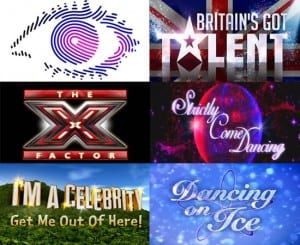 Some may scoff at the thought but there can be money to be made from reality TV trading on Betfair. The likes of The X Factor,Strictly, Big Brother, I’m a Celebrity and much more all have winners markets that can be traded on Betfair and there are people who have made good money from these shows down the years. I actually know of one trader who only trades these markets exclusively as they found sport too tricky. I have dabbled myself down the years with mostly positive results.

Here are 5 tips for trading reality TV on Betfair

These shows are all pretty much “popularity contests” and the initial public perception is usually much different from the opening day to the final. This makes sense since this is TV and the producers will want to the contests to have storylines to them and they love to create a “rise and fall” of certain contestants.  Also,  it would be too predictable if the early favourite won the show and so you can be sure they will be trying all they can to create twists and get people talking about the show. Therefore, you will often see the early favourite trade much higher then their opening price before the end of the show and, in most cases, probably will not win at all. In the current, The X Factor winners market you will see Tamera Foster has traded as low as 2.04 in the opening few weeks of the competition but now she has drifted out to 6. She might well go on and win it but a trader would have many opportunities to lock in a profit by now.

2- Back An Untouchable Contestant

If you are looking to back a contestant to lay them at a lower price then you need to be sure that they will survive at least a few elimination rounds so that their price can decrease as the field gets smaller and this will keep your money safe. The danger with these markets is the sudden death nature of them in that your runner could be eliminated at anytime but if you are careful you can make this chance very minimal especially in the early weeks. This could be a singer on the x factor who regularly gets positive comments from the judges with no negatives or a big brother contestant who does not receive many nominations from housemates and is a “nice person”. These contestants will usually survive for quite a few weeks, and maybe even reach the final stages, and so with others getting eliminated or evicted their price will usually lower at some point for the chance to profit.

You can use a combination of forums and social networks to get a good idea of who the public really like. Seeing a name trend on Twitter during the show is usually a sign that person is very much loved or hated and it is not hard to work out which one just by reading the tweets. Forums such as Digital Spy are a great resource for gauging the public opinion on certain contestants. When Tamera Foster was the early favourite for The X Factor, there were many threads on the Digital Spy forum which showed she was definitely not as popular with the public as the markets suggested. Most threads and posts about her were pretty negative. Meanwhile, during the early live X Factor shows it was Sam Bailey who would regularly trend on Twitter. Only in the past week have the markets now reflected that with Sam Bailey now the 2.50 favourite but she has been as high as 17.50.

A similar situation developed in last years show when I noticed the eventual winner James Arthur trending on Twitter during the live show two weeks in a row. I do not actually watch the show myself but I checked his odds at that time and saw they were around 6. He was not even the favourite at that point. If this was not a “safe” trade then I do not know what was as it was clear the public loved him and he would be in the game till the late stages. As we know, he went on to win.

When trading Reality TV shows you do have to be careful. Anything can and will happen as the TV producers will do anything to try and get ratings. Be aware that if any contestant pulls out or leaves the contest once the show has begun then your money is not refunded if you have had the misfortune of backing them. This can be quite hard to predict as anything can happen although it is pretty rare. It is usually the mentally unstable people who leave these shows early.  I once made the mistake of backing Katie Price when she went into the “I’m a celebrity” jungle for the second time. I knew the public would not vote her out since they would want her to do the all the Bush Tucker challenges and so I figured I would get a chance to trade out before the final. However, she changed her mind two days into the show and my money was gone. Pretty harsh but it is the risk we take.

I imagine plenty reading this will be screwing their faces up in disgust at this suggestion but it has to be said. As with anything, watching it will do you better then not watching it. Hardly any punters take these markets seriously so there will be opportunities for the traders who spot the more likeable contestants before the others. You probably only need to watch the first few instalments to spot the opportunities so it is not as much hard work as you might think!

Give it a go when you get chance, you never know Reality TV trading might just be your niche! 😉

The match between Man City & Liverpool was a bit of an anti-climax in the end as the Citizens waltzed to a 3-0 win. BONUS: Discover the Cash Out SECRETS that Betfair do NOT want you to know! 100% FREE eBook for you! CLICK HERE! Man City were trading around the 2 mark for most…

It is time to take an in-depth look at a strategy that has caused much debate over the past decade. That is using the Lay The Draw strategy with “insurance”. BONUS: Discover the Cash Out SECRETS that Betfair do NOT want you to know! 100% FREE eBook for you! CLICK HERE! In this video I…

It happens all the time! You see an opportunity and get your money in the market. You are certain it’s only going to go one way, however it starts to go the wrong way.