There is always a long argument between those traders who use technical analysis (charts, trends etc) to identify their trades and those who use fundamental analysis (team news, team form) to identify potential pre-match trades.

I have always been an advocate of using both to reach my conclusion of which prices will move. I will take in the team news and current team form but also look at where the trend is going. However, for this post we will use ONLY fundamental analysis to make our decision on potential price movement and more then 24 hours in advance of kick off.

This is probably pretty risky so I wouldn’t suggest throwing money at these but its definitely worth keeping an eye on.

Manchester United visit Anfield which is a place they have lost at on their last 3 visits. Manchester United’s away record against teams of a similar stature to Liverpool isn’t good as they won zero of their away games against the top six last season. They will welcome the return of Vidic to the line up but there are still question marks against the fitness of Rafael, Chris Smalling and Rio Ferdinand. Ferdinand is expected to be fit but the other two are expected to be missing. Manchester United’s defence has been looking a bit shaky recently too, they conceded 3 goals to Basle at home and were lucky to keep a clean sheet against Norwich city too. If they give similar chances away to Suarez and Carrol then they will be punished. As we know, Liverpool raise their game massively against Man Utd and its pretty much a cup final for the Scousers so previous form normally goes out of the window for these matches.

So based on this, I can’t see why Man Utd should be favourites for this and I hope the punters end up agreeing with me as I will expect them to drift from their price of 2.52. (EDIT: Man Utd did drift up to 3.10 by kick off)

It’s worth noting at this point, that my ratings suggest Man Utd should be priced @ 2.20 for this so it will be interesting to see who ends up being right.

I don’t quite understand why Chelsea are priced so low against Everton. If you look at the recent head to head record between the two teams then it’s clear to see that Chelsea never have an easy time against the Toffees. A price of 1.40 actually implies that Chelsea should beat a -1 goals handicap and that is something they haven’t done against Everton at all in recent memory. The last time Chelsea beat Everton was in the FA Cup final in 2009 (2-1) and Everton have beaten them 3 times since that day.

Chelsea will miss the suspended Torres but some might say that’s a positive thing. Either way, I have good faith that the sharp big hitters will be taking Everton on the Asian Handicap and this will cause a drift in Chelsea’s price of 1.39. (EDIT: Chelsea moved in slightly to 1.38 starting price, so no joy)

My ratings suggest Chelsea should be 1.60 for this match which indicates a drift should be likely and so I really hope we are both right! 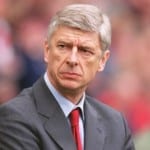 The injury crisis continues for Arsenal and Arsene Wenger will be missing key players such as Wilshere, Djorou, Diaby and Vermaelen and so with the gunners at less then full strength you might expect that they would drift leading up to kick off on Sunday. They never beat Sunderland last season and they have traditionally struggled to beat Sunderland in recent seasons even during the Fabregas and Nasri days.

That being said, Sunderland seem to have their own problems at the moment with Steve Bruce apparently feeling the heat behind the scenes and with his future in doubt that could unsettle the team. So I would probably stay away from this one but I know that the readers will want to see me put my neck on the line so I would still go with the Arsenal drift from 1.48. Arsenal never beat the -1 goal handicap against Sunderland last season and so I expect the big hitting handicappers to go for Sunderland +1 in this and that should make Arsenal’s match odds drift.

My ratings suggest they should be 1.56 for this so there should be at least a small drift on the gunners. 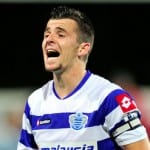 Probably, the most bizarre price of the weekend has QPR priced odds on against Blackburn. This is obviously a reflection on the poor start to the season that Rovers have had so far but QPR haven’t really been that much better. Last time out QPR were hammered 6-0 at Fulham which is just down the road from their own ground so travelling couldn’t have been a factor. There was also reports of players like Taraabt walking out at half time amidst discontent in the dressing room. QPR haven’t yet won a home game this season either. Saturday might well be the day that they get their first home win but they shouldn’t be priced at 1.91 and I am expecting a drift on this one. (EDIT: QPR did drift from 1.91 up to 2.14 starting price!)

My ratings suggest that they should be priced @ 2.50 for this one so this could be an excellent value lay if they remain odds-on

So we will see if the fundamental analysis pays off and if we see the expected movements. Like I said, I normally use a combination of both but would suggest that technical analysis is probably more accurate in my experience.

Anyway, Good luck if you’re trading the football in any form this weekend!

P.S Remember, The Mug returns with his selections tomorrow morning from 9am so make sure you come and check that out if you want some selections to lay! 😉

When trading sports in-play you often have the opportunity to watch the event as it happens and then base your investments on that. However, there is often quite a debate amongst some traders about whether or not you should watch the matches you trade on. Some argue that watching a match can often cloud your…

Just when you are enjoying the routine of domestic football every weekend we go into yet another International break. I personally hate them as I do not usually do very well on International matches but I always find myself a bit caught out when they arrive. What should I do with my time? Should I…

It has been an interesting week working with the Ultimate Football Trading beta testers. It is great to see that most have gained a basic understanding of executing the methods according to the rules. But something I have been actively encouraging and that is trickier to teach than usual strategies is something called… Profit Multiplication….

Ever tried “Lay The Draw”? You are going to love reading some of these typical LTD mistakes and you might even be able to relate to it! BONUS: Discover the Cash Out SECRETS that Betfair do NOT want you to know! 100% FREE eBook for you! CLICK HERE! The Lay The Draw strategy is one…

If you are trading sports , placing in-play bets or both, the best way to do it is with a clear head and free of distractions. BONUS: Discover the Cash Out SECRETS that Betfair do NOT want you to know! 100% FREE eBook for you! CLICK HERE! Having a clear mind will help you make…